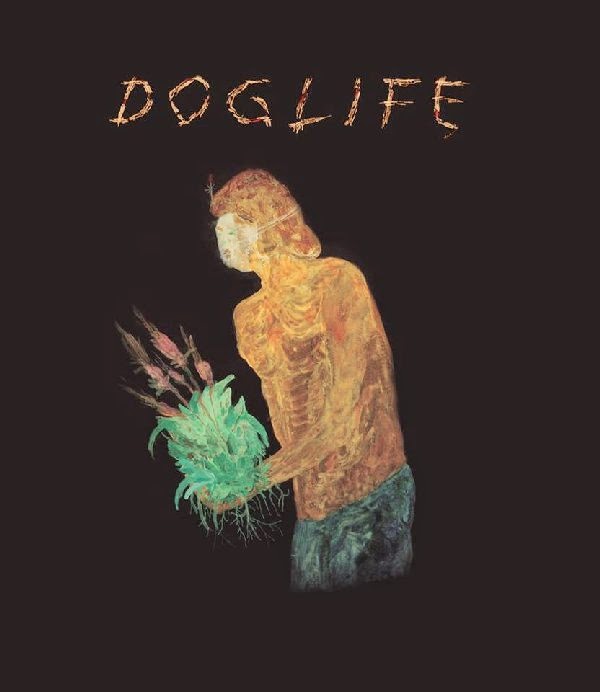 Mats Gustafsson’s Fire! Orchestra featured some of the promising, young musicians in the Swedish left-of-center scene. Sax player Anna Högberg was one of them, blowing her alto sax as strong as experienced fiery blowers Fredrik Ljungqvist, Martin Küchen, Jonas Kullhammar and Gustafsson himself.

Högberg leads few bands - the modern jazz all-female sextet Attack! and the Se & Hör (see and hear in Swedish) quartet, but it is the Gothenburg-based Dog Life trio that feature her operating and extending  Gustafsson’s sonic aesthetics. The trio, with electric bass guitar player Finn Loxbo and drummer Mårten Magnefors, follows the legacy of Peter Brötzmann power trios and Gustafsson’s The Thing action jazz, with similar intense and aggressive interplay but with a punky-metal attitude.

Högberg leads this explosive trio on its debut album with a charismatic, rich tone that explores the full range of the saxophone, from the most brutal onslaughts and wild shrieks to the rhythmic and soulful blows. Her assured, high-octane playing is full of ideas that frame the manic drumming of Magnefors and the distorted, mean bass of Loxbo in focused narratives that often culminate in sudden codas .

There is no way but to surrender to the uncompromising energy of Dog Life and the sheer fun of being engulfed by its intense conviction, always spiced with dark humor (the second piece is called “Bakgrundsmusik” and another aggressive, restless piece is titled “Waltz for Blubby”). It is only symbolic that the last piece on the album is called “Barrikad”, sending all the message that Dog Life is going to stand proud for its aesthetics, in its own words, “building new ways on how to play improvised music” and fight against “shitty politics”.  I can recommended warmly to be on Dog Life side of the barricade.