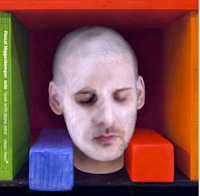 On the one hand I like solo bass albums like Peter Kowald’s Open Secrets (FMP, 1988) or Barry Guy’s Fizzles (Maya, 1993). On the other hand solo performances can be dreadfully tiring. I remember that I saw Paul Rogers two years ago, who played wonderfully for 30 minutes but then he went on for another 35 minutes and the whole thing became quite boring because everything he wanted to express he had already played before and the second part of the set he was merely repeating himself.

In general solo performances are the most challenging and ambitious exercises at all, you are alone on stage, there is no one to rely on, no one who could help you out, you have to focus on what you play, you must have a central thread or at least a plan where you want to go to. Instead of communicating with others, you communicate with yourself, however you have to be careful that the performance doesn’t end in a selfish monologue. You have to be patient and wait for the right moment from which you can continue, which means that you have to trust your intuition.

All these things don’t deter Pascal Niggenkemper, it’s what stimulates him. Like a child he seems to be surprised by his own playing, he likes listening to what he creates, where the music takes him – and at the same time he wants to avoid patterns and routines. In order to accomplish his notion he uses preparations and it is unbelievable what you can do with materials like two funnels of a different size, a clapper, a tambourine, the skin of a bongo, percussion sticks and a güiro. Very often you think that the bass is distorted, that there are electronics involved, the double bass simply often doesn’t sound like one. But this is the most interesting aspect of the album: Niggenkemper is able sound like a brutal Colin Stetson on baritone saxophone (“This shall not be revoked”), like a percussion set (“Let me kiss your Hand”), a didgeridoo (“Men of Stone”) or as if he was playing serial music with a strong percussive momentum (“At Fortune’s Alms”) when he lets the güiro dance on the strings. “Unpublished Virtues of the Earth” reminds of a bass version of Ry Cooder, it’s a soundtrack for a trip through the Mojave desert, where the rattlesnakes watch each of your steps distrustfully, while “Sharper than a Serpent’s Tooth” sounds like a whole saw mill in action. Every here and then Niggenkemper throws in an almost classical bass solo track (“If you will marry, make your love to me”), which mainly functions as an ironic comment on the other compositions.

Pascal Niggenkemper, a man who looks like a gentle samurai when he is playing, is interested in the vibrations of the instrument and the notes produced. He told me he wanted to free himself from restrictions while playing but then again he also wanted to integrate everything he knows and is aware of. He said that playing solo encourages you to work on your style, on your approach, and you had to be physically and mentally focused. The result is that Look with Thine Ears is an excellent solo debut, full of surprises, varied, concise, straight to the point.

Listen to “At Fortune’s Alms” here.

Look with Thine Ears is available from the label.