Songs for the people of Greece

Earlier this year, Paul already reviewed the Pandelis Karayorgis Quintet's excellent "Afterimage", but here is some more, and it must be said, the overall tone of the music is often not very joyful, and interestingly enough many of the musicians live outside of their Greek homeland. Nevertheless, these are all songs for the people of Greece. 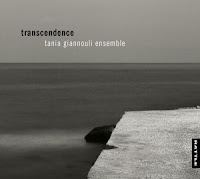 Greek pianist and composer Tania Giannouli is accompanied on this album by Guido De Flaviis on saxophone, Alexandros Botinis on cello, Solis Barki on percussion and idiophones and Giannis Notaras as a guest on percussion. The music could be a soundtrack, full of romantic sentiments, but without overdoing it, with an aesthetic that could be compared to many ECM albums: accessible, beyond genre, wonderfully performed and produced.

Giannouli mines deeply in the sounds of the Mediterrean and of various musical styles, using dramatic nature evocations as in "The Sea", folk elements as in "Sun Dance", modern composition as in "Mad World", or very unique sounds as in "Faster Than Wear".

An album with lots of rich ideas, a great variety of approaches yet miraculously coherent in its end result. 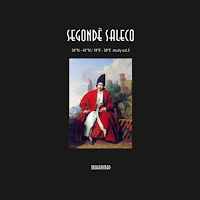 Some two years ago we reviewed their "Som Sakrifis" album by this Greek chamber doom trio, consisting of Nikos Veliotis on cello, Coti on bass and Ilios on oscillators. Now they deepen their specific and unique sound of experimental somber music, nothing to cheer you up, if not for the superb quality of the music itself, its intercultural source material and avant-garde delivery. We have the guest appearance of Erifyli Giannakopoulou on vocals on one track. This is a limited edition LP or CD and the last album of the trilogy. 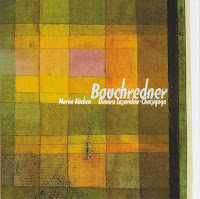 Another "open ears" album is this duet between Swedish saxophonist Martin Küchen and Greek zither-player Dimitra Lazaridou-Chatzigoga. The German title refers to the art of ventriloquism, or speaking without physical evidence for it apart from sound, but when you add the three titles of the album "Bauchredner und Rufer im Moor" (ventriloquist and shouter in the marshes), you get the title of a Paul Klee painting from 1923 (see below). As you can expect from such an ominous title, there is much loneliness and desolation to be heard on the album, with sometimes shrieking electronic backdrops laying the foundation for the more human and warm, but devastating saxophone. The end result is a fascinating electroacoustic soundscape, combining the contrasting notions of exclusion and openness, of artificiality and authenticity. 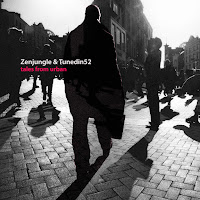 The music itself has a strong linear and horizontal development, with slow changes in atmosphere and overall feel. This is mood music that may seem too easy at moments, but, well ... in a certain mood, this may be exactly what you want to hear. 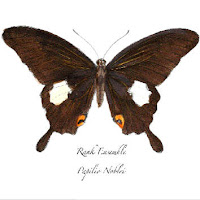 A beautiful minimalist electroacoustic album by a Finnish ensemble, but featuring Elena Kakaliagou on French horn and voice, with music shifting between free improvisation and noise. It is daring music, on which the instruments are often hard to identify, except on the long Weitersfeld, on which Kakaliagou's horn sounds as you might wish to hear it and beyond : moaning, sad, ecstatic, generous.

The other band members are Solmund Nystabakk on guitar and voice, Saara Rautio on harp, ukelele, spring drum, and James Andean on piano, electronics, flute, melodica. 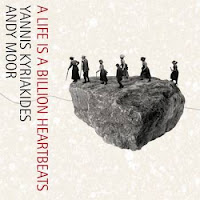 This is the second collaboration between Greek sound artist Yannis Kyriakides and Andy Moor to explore and mine "the rich and mysterious terrain of Greek rebetika music from the early 20th century". Rebetika are Greek urban folk songs which are here performed and transformed on guitar and electronics, resulting in a strange world of rhythmic soundscapes, with dry guitar, whistling electronics and sprinkles of ambient sounds, all brought with a kind of wonder and pleasure of discovery. The music is very hard to pigeon-hole, because of its chamber-like intimacy combined with the electronics, but is more than worth listening to. 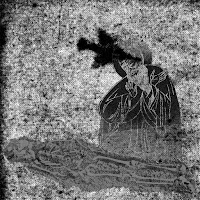 Costis Drygianakis is a composer of mainly experimental music, and sound collages, and a teacher of music. His vision of music seems close to its most basic definition of 'organised sound', and within this juxtaposition of 'found sounds' and 'created sounds' an interesting tension arises, including through the electronic alteration of both.

The music is uncommon, but not unwelcoming, something that will disturb and destabilise at times including the sounds of violence and shooting, yet that can be listened to. Participants on the album include Elena Kakaliagou on French horn, Christos Kaltis on bass, Nikos Veliotis on cello, Christos Chondropoulos on percussion, Corinna Triantafyllidis on electronics, Manos Michaelides on pipe and percussion, Lilly Varaklioti on vocals Nicolas Malevitsis 'makes' noise. 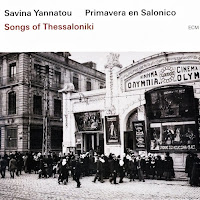 I'm not sure any other label could have produced this album but ECM. Savina Yannatou sings folk songs of Thessaloniki, in the north of the country, as you may have guessed from the title. The production is as you can expect from ECM, absolutely spotless, and the band is ideal to give the music a value which is more universal and genre-defying. The band is Kostas Vomvolos on qanun and accordion, Yannis Alexandris on oud and guitar, Kyriakos Gouventas on violin, Harris Lambrakis on nay, Michalis Siganidis on double bass, and Kostas Theodorou on percussion. The band is great, and Savina Yannatou's voice is angelic : subtle, moving and with an exceptional clarity.

Some compositions sound familiar, such as the sephardic "A La Scola Del Allianza", but I guess that's inherent in folk songs that melodies migrate across cultures and geographies. Many of the songs stem for other places than Greece itself, with influences from Armenia, Turkey and Slavic countries, which is not surprising, as Thessaloniki is a multicultural port on the Mediterranean.

Jazz fans: listen to this with open ears, but maybe this is something the rest of the family will for once also appreciate.


In sum, apart from some albums, there is nothing typically Greek to be found in the music itself, apart from its openness to the world, its inclusion and infusion of cultural elements from across the border, and a great sense of "voice", creativity and adventure. And these will always be winning characteristics.

I am in Rhodes with my family at the moment. Clearly what you perceive on a island and moreover on a beach is filtered. Every time I come to Greece I just think that everyone at any level should show more respect for the land where, willing or not, the western culture, as we know it, was born