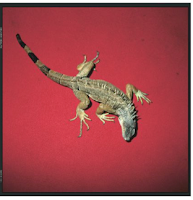 If there's two musicians that surely complement each other its possibly Jim O'Rourke and Giovanni Di Domenico, both are prolific artists, producing a stream of superb albums in the past few years, and both seem to sidestep current fashions, yet stay musically listenable. So this year starts (or was it last year finished) with Giovanni Di Domenico, Jim O'Rourke and Tatsuhisa Yamamoto's "Delivery Health", part of a couple of records that O'Rourke and Di Domenico have collaborated on recently. The group dishes up an excellent slice of improvised music that includes jazz, rock and noise. For those new to these musicians Giovanni Di Domenico plays piano and keyboard, Jim O'Rourke a guitarist (among other things) and Tatsuhisa Yamamoto plays drums. Di Domenico and Jim O'Rourke manipulate (at times) their specific instruments, using electronics or other devices to change their sound. On the other hand Yamamoto stays more (or less) with the acoustic set-up of his drums, which in my opinion helps give the music a truly three dimensional aspect.

The record consists of three pieces, "Transgression is Only Fleeting", "Passe Muraille" and "Superfield". They are placed (although maybe not recorded) in such a way that the record develops sonically from a very calm atmosphere to intense noise and feedback before coming back together with a sort of melodic finale. Giovanni Di Domenico and Jim O'Rourke look after the harmonic areas in a very skilled and sparing fashion. Never is there a moment when you feel they've over-played or just plain 'gone on too long'. As with several of Giovanni's other recordings (such as GOING), the music often has a minimalist direction. This enables the musicians to easily develop subtle ideas both melodically and/or rhythmically, whilst giving plenty space to experiment with their sound. In this case its interesting to hear how much of the development comes from Tatsuhisa Yamamoto and his intelligent use of the drums. Yamamoto, whose playing sits somewhere between the styles of Paul Motian and Edward Vesala, opens up the music like a breath of fresh air. His subtle playing carries you along, integrating the electronic sounds into his rhythms to make subtle and flowing music.

As for finding some comparison or 'handle' which gives an idea of the groups sound one only needs to refer to their press release. The group, or record company, gives a nod towards the 70s ECM jazz rock period, presenting the record as a "[...] blend of early 70's ECM drum sound, [mixed with] long unfolding travelogues [...]", and indeed the group's sound has elements of that crossover feel which was prevalent in the 70s period, when jazz and rock were closely linked. Its a period that was very productive musically and sonically, music from that period seemed to be less about virtuosity and more about musical values such as improvisation, experimentation, sounds and music. To hear those areas being re-examined is, I would suggest, good news for all.

For all those interested don't hesitate to head over to Silent Water Records to snap up a copy of this limited edition LP. I'm not sure if there's digital copies available, but I'm sure any questions will be happily answered by the record company.