The four solo albums reviewed below share an experimentalist vein, an urgent need to expand the sonic possibilities of the respected instruments - voice, drums, guitar or piano - and to distill from these adventurous journeys, new, personal and often surprising voices. 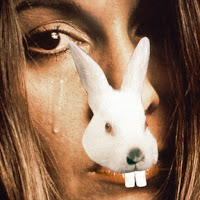 Norwegian vocal artist Natalie Sandtorv has explored before her unique vocal range in different territories - in noisy, improvised setting in the duo The Jist (with guitarist Torgeir Hovden Standal) and with the acoustic jazz quartet Morning Has Occurred, where she added an eerie, abstract element to the quartet songs.

Her debut solo album, the limited-edition vinyl, Pieces of Solitude, sets Sandtorv in another territory, expanding the sonic spectrum of The Jist, using again noise artist John Hegre at the controls. She uses her distinctive-colored voice as a sound material, organically interacting it with live electronics. Now she sounds now as an abrupt and hyperactive alien vocalist, alternating between sparse verses and expressive wordless vocals.

The opening  title piece stresses the seminal influence of the work of fellow Norwegian vocal artist and electronics player Maja Ratkje, but the other pieces, all titled after forms of loneliness, highlight Sandtorv highly personal aesthetics. Sandtorv manipulated vocal and poetic reciting sound fragile and melancholic through the volatile, dense electric storms. Her emotional delivery and her total command of her voice anchors these rich, intense textures. 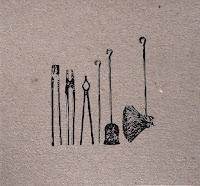 Polish, Poznań-based percussionist, musicologist and sociologist Adam Gołębiewski is a mad scientist of the drum set. He engineers his set and assorted percussion instruments in idiosyncratic manners so it will produce the ultimate and extremes sonic potential, transforming these instruments as new, autonomous sound machines.

On his debut solo album Pool North he investigates methodically the drums skins and cymbals timbral characteristics, using highly inventing set of extended techniques, leaving aside any role of a pulse keeper or applying any rhythmic module. In these miniature, improvised pieces, all recorded live, using only his acoustic drum set with conventional microphones, with no overdubs or editing, the drums sound as  futuristic, disturbing sound objects. He creates amplified noisy and rich drones, nuanced fractured, broken string of otherworldly sounds, chaotic, claustrophobic metallic soundscapes or intense and violent piling of percussive sounds, with some sense of humor as on the cynically-titled “Ellington Tradition”. 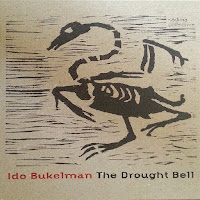 This is the fourth solo album of prolific Israeli guitarist Ido Bukelman in four years, marking his urgent need to keep exploring and expanding his sonic palette of the guitar, augmented occasionally with sparse percussion sounds and bells. The album was recorded live in Jaffa and two other venues in Jerusalem.

As on his previous albums, Bukelman free-improvised playing is highly associative, usually chord-less, just following his immediate instincts and fleeting thoughts, but not attached to any musical idea or theme, as if he is entranced by his wayward guitar. These immediate sonic associations are delivered as concise, poetic, haiku-like pieces. The only exceptions are “Metal Duck” with its playful narrative and the emotional, melodic “Thirst”, inspired by a poem by poet Israel Eliraz. 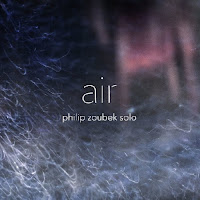 This decision forced Zoubek to abandon conventional concepts of development or structure, known from his extensive experience in free jazz formats. His prepared piano sound like an mechanical sound machine, sometimes as an out-of-tune but still highly resonating gamelan orchestra, on other times  as vintage, noisy  monophonic synthesizer or even a modest version of Xenakis sound masses and its unique architecture of non retrograde-rhythms.

Air was conceived as a bold attempt to design new sounds and demanding sonic environment that eventually lead to a new realization of Zoubek voice. Still, the most impressive piece is “FER”, where he combines the new found sounds of the prepared piano with the conventional, non-manipulated one, creating an intriguing and minimalist dramatic narrative that is exceptionally emotional.