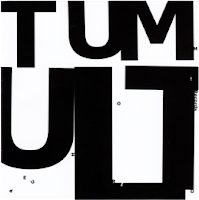 Eighty-two year old saxophonist/clarinetist Ernst Ludwig (“Luten“) Petrowsky is one of the founding fathers of free jazz in the former German Democratic Republic, the one with the longest history. Since 1957 he‘s worked as a musician in different formations although - in contrast to most of the GDR musicians - Petrowsky is self-taught. He made his first excursions into free jazz in the Sixties with his band Studio IV, and in the Seventies founded Synopsis (with Ulrich Gumpert, Günter “Baby“ Sommer and Conny Bauer) and recorded Auf der Elbe schwimmt ein rosa Krokodil (FMP), one of the standout East-German free jazz albums. He also worked with bassist Klaus Koch and trumpeter Heinz Becker, with whom he recorded the seminal albums Selbdritt and Selbviert (the latter with Günter Sommer on drums). In addition, he‘s been a long-standing member of Alexander von Schlippenbach’s Globe Unity Orchestra. After the fall of the wall, Petrowsky worked in various formations, with his wife Uschi Brüning, drummer Michael Griener, as part of the group Ruf Der Heimat and many others. In 2006 pianist Elan Pauer (a.k.a. Oliver Schwerdt) encouraged him to found the New Old Luten Trio with drummer Christian Lillinger. The band expanded to a quintet in 2013 by adding the bassists John Edwards and Robert Landfermann.

The quintet’s music has many characteristics typical of all Petrowsky formations: collective improvisations, rhythmic and harmonic variety, the assimilation of traditional elements, and Petrowsky’s unique style. Ornette Coleman and Charlie Parker are obvious influences, as well as German folk songs: he considers himself a traditionalist. The German musician and author Ekkehard Jost describes his playing as “unique, although his sound cannot be categorized easily, his flexibility being his most important parameter“. He can scream energetically like Brötzmann but he can also “sing“ and swing, with phrasing and timbre that can change radically, as circumstances require.

Tumult! contains a single improvisation, divided into five parts: in terms of structure and energy, it’s a constant up-and-down. Petrowsky starts on alto in the first part, the classic iconoclast, driven on by his generation-spanning band (Lillinger, Landfermann and Pauer are in their early 30s, John Edwards is 52). Lillinger, often described as the hyperactive kid of the new German drummers, and Pauer, who reveals more than a passing acquaintance with Cecil Taylor, keep the fire burning. At around 24 minutes Petrowsky’s solo gradually fades (another feature of his style), the others calm down and Petrowsky returns on clarinet for a hectic, but quieter, passage. Just a breather, as shortly thereafter the performace accelerates with the two basses providing the propulsion. All change again, shortly after the half-hour mark –  Petrowsky plays beautiful melodic phrases on his clarinet, while the rest of the band delves into textures. Pauer concentrates on little instruments and short piano splints.

Eventually, in the last two minutes the band pulls itself together for a short finale furioso.
The improvisation’s named “Lutens Letzter Tumult!“ (Lutens Last Tumult!) which suggests we might not hear Petrowsky in such energetic surroundings again. Hopefully, we will - as the power and imagination of his playing are those of a young man.

If you‘re interested in one of the FMP albums mentioned above, Auf der Elbe schwimmt ein rosa Krokodil is on CD (Intakt); Selbdritt and Selbviert are available as digital downloads from the destination.out bandcamp website.
Paul on Tuesday, January 26, 2016
Share