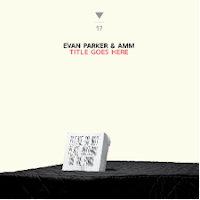 Dalston’s Cafe OTO, now one of the world’s leading venues for free jazz and improv, recently launched its own digital download service, a sign of how music distribution is changing and prescient of things to come. Those still wedded to physical media are being left behind even in the world of free jazz, many of whose audience are of an age that they can remember when the LP reigned supreme (and some wished it still did). OTO records all its gigs and increasingly, musicians have been using them for their own releases. OTO’s previous albums on its own Otoruko label have been on vinyl and it will continue its commitment to the LP format – three new albums have been announced for release in April – but the wealth of recordings meant it needed a further outlet. Under the heading: “Made with love in East London – downloaded across the globe”, the background to the service can be found here.

The downloads are available either individually or more cheaply, by way of a digital subscription providing credits for three albums a month. In either case, part of the payment goes to the musicians, who’ve all approved the final mixes. For techies, the files are available as MP3s@320 (lossy compression) and as FLACs (lossless compression). Since they both cost the same, I suggest you go for the latter where you want the best sound quality. For the Apple community, FLAC files can easily be converted to ALAC, Apple’s lossless format, and played in iTunes. The FLACs are 44.1/24 files, a combination of sampling frequency and bit depth judged to strike the right balance between sound quality and size, for ease in downloading. And of course, with computer files the time constraints of physical media don’t apply: you can hear the gig in its entirety – Cleaning the Mirror, with John Dikeman, William Parker and Hamid Drake lasts almost 100 minutes.

At present, downloads are being added at the rate of about one a week, and they cover the entire spectrum of music put on at the venue, not just free jazz and improv but also, for want of a better term, “experimental music” of all kinds. From the initial recordings, I’d recommend the first release: John Tchicai, Tony Marsh, John Edwards – 27 September 2010 (one of my albums of the year) Phantom Orchard + Steve Noble – Live at Cafe Oto 2014, Fred Frith, Theresa Wong, John Butcher – Quintillions Green, Charles Gayle, Roger Turner, John Edwards – 26.05.15, Akira Sakata, Giovanni di Domenico, Roger Turner, John Edwards – 15.01.14, and the aforementioned Cleaning the Mirror.

There’s also the subject of this review: Evan Parker and AMM’s Title Goes Here, a 72 minute improvisation recorded during a week of concerts in October 2014 to celebrate Parker’s seventieth birthday. This version of AMM consists of John Tilbury on piano and Eddie Prévost, percussion (a useful potted history of AMM and its various line-ups can be read here). Although at one time these stalwarts of Brit Improv were regarded as forming two distinct camps – integrated (Parker) v. layered (AMM) improvisation – they have much in common and their paths have inevitably criss-crossed over the years. Parker and Prévost first played together when the latter substituted for Jamie Muir for a performance by the Music Improvisation Company (a period in Brit Improv referred to by Parker as “the Big Bang”) but surprisingly, their first recording together was not until 1984, the appropriately entitled Supersession (Matchless Recordings, 2015) with Barry Guy and Keith Rowe, recently reissued in a remastered edition. An album genuinely deserving the epithet “classic”.

I’ve often been baffled by some of the more lavish praise heaped on AMM’s music. The CD release of The Crypt (Matchless Recordings, 1992) contains on the reverse a review comment, “The music I want to hear at my funeral”. I’m not entirely sure what that means, but it sounds terribly important in a way I’ve never been able to grasp while listening to the album. I also have to admit an aversion to the sound of scraped metal – a Prévost speciality – especially when amplified, it can set my teeth on edge like the sound of chalk on a blackboard, but in this performance there’s not much to trouble even my delicate sensibility.

3 Nights At Cafe Oto (Matchless Recordings, 2015) was another of my albums of the year, the trio of Parker, Prévost and John Edwards (double bass), alone on the first night and with guests on the second and third. The first makes for an intriguing comparison with the current release, since the differences are not solely attributable to the substitution of Tilbury for Edwards, piano for bass – we get a different Prévost too. His playing falls into two categories (the distinction is not intended to be scientific): free jazz drumming where he plays the standard trap kit, as on his Meetings with Remarkable Saxophonists series; and textured percussion, usually restricted to a few selected skins and metals, which characterises his work with AMM and his workshop ensembles. He’s the former on 3 Nights, the latter on this album.

The comparison also highlights how personalities adjust according to their surroundings. There’s no mistaking Parker here, and there’s some delightful jigsaw-like configurations with piano and saxophone, recycling and augmenting tiny overlapping figures to see how they might fit. Elsewhere however, Parker’s playing sounds like its taking place in slow motion, thinning out the thickets of notes to the bare essentials – the molecules that make up his sound – sometimes breath itself. Tilbury’s crystalline piano, and arpeggiated chords fill out the space along with the resonant zing of Prévost’s bowed cymbals and gong, and their decaying vibrations. A different kind of time seems to be at work.

Parker’s trance-like exercises in circular breathing are usually unaccompanied. Fellow musicians tend to fall silent while absorbing his meditations along with the audience. Here, with Parker on tenor, the piano adds deep, sustained clusters before joining in the cyclic motion over Prévost’s reverberating percussion. When Parker switches to soprano saxophone and finely spun phrases, accelerating and decelerating, there’s a delicate layer of piano chords, eventually joined by a throbbing drumbeat. Parker then moves again into his oscillating waves of tones, overtones and microtones, with Tilbury providing a glitter of notes in the treble.

The last fifteen minutes of the performance (which can be seen below) have an almost pastoral feel as piano and tenor gradually resolve around shared intervals. The music seems to be evaporating into silence, until a final flourish from Parker.

Very nice overview about the topic and the recording as well, Colin. The sample of the performance is really mouth-watering. I can also support what you said about downloads for starters in your review:Tchicai/Marsh/Edwards and Dikeman/Parker/Drake are superb albums. Although it's a bit far to London's Café Oto from the South of Germany I'll have to go there in the near future.

Yes, 3 Nights at Cafe Oto is a brilliant album. In my opinion Parker is very close to Coltrane here and Christof Thewes a real surprise.

Thanks for the review and for the recommendations. I´ve just got the Tchicai album.

Evan was always one of the few improvisers that AMM would accomodate. Ditto John Butcher and Lol Coxhill