Norwegian tuba player Kristoffer Lo and drummer Tomas Järmyr met in 2008 as young students at the renowned jazz department at the music conservatory in Trondheim. Both are musicians who refuse to be pinpointed in any genre or musical form, even within the diverse concept of non-idiomatic free improvisation. Lo's sophomore solo album and the collaboration of the two as the YODOK duo stress the constant need of these two resourceful musicians to search for new means of exploring sounds and textures. 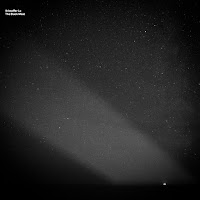 Lo keeps moving, in recent years, between different genres. He is a member of the successful art-rock group Highasakite (where he doubles as a guitarist and vocalist); he plays with the Trondheim Jazz Orchestra which released last year his impressive prog-jazz opera Savages (with the vocalists of Highasakite, Propeller Recordings, 2015); he is a member of the experimental tuba trio Microtub, and he collaborates with Järmyr in another trio, Sunswitch.

His second solo album as tuba and flugabone player, following the innovative Anomie (Gigafon, 2013), was recorded in the southernmost lighthouse in Norway, the Ryvingen Lighthouse, located in the ocean outside Mandal, about half a hour out from the shore and into the ocean. Lo loaded up a boat full of amplifiers, instruments and recording equipment, and recorded the album live inside the lighthouse at night, when a storm was raging outside. The thunderous winds outside affected the mood and the atmosphere of this dark sounding album. Lo borrowed the title of the album from William Burroughs seminal book “The Naked Lunch” (where “black meat” is compared to “junk”, i.e. heroin). The whole journey was filmed by photographer André Løyning, who initiated this project (Løyning mini-documentary film is attached).

Lo uses pedal effects in order to create multi-layered, atmospheric-noisy drones. The first piece, “Anodyne for Annihilation” set the the disturbing sonic atmosphere for the imminent storm, still, in a calm and reserved manner. The presence of the storm is fully elaborated in the 27-minute title piece. Here Lo creates such an intense and dense texture, constructed from few, low-end and long tones. But this rich texture has a hypnotic power to draw you deeper and deeper into a claustrophobic experience of being stranded, surrounded by great walls of primal sounds, locked in the middle of a total darkness and terrifying storm, until this natural storm and its musical mirroring calm down. The processed sounds explore a surprising timbral spectrum of the tuba and flugabone, often sounding metallic and even tangible, as if these turbulent sounds crawl into your innermost feelings and thoughts. This sonic journey ends with the gentle, moving “Front Row Gallows View”. This ten minutes piece awakes us from the troubled, almost hallucinogenic trip into the heart of a threatening storm, back to a bright new day. Here the focus on simple, slow changing, deep frequency tones, has a kind of comforting, even sobering quality after the profound, threatening experience of the title piece. 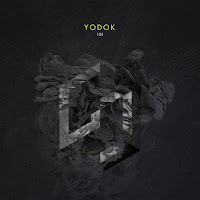 Lo and Järmyr began to work as the tuba and drums YODOK duo already in 2008, developing a highly original and intense blend of free-improvised, ambient-noisy drones. The duo released one vinyl album and one disc before expanding to a trio in 2013 - YODOK III - with Belgian guitarist Dirk Serries. YODOK III released two limited-edition studio vinyl albums and two limited-edition live cassettes albums in the the last two years.

Since Lo and Järmyr have begun working together, Järmyr has also been involved in many other left-of-center projects. He recently joined the Italian power-punk trio Zu and the local, like-minded trio MoE; he also collaborates with Serries in the Void of Expansion duo; plays in the noise-drone drums-electric bass duo Brachan and the local art-rock groups Forræderi and Prime Ministers of Scandinavia.

The return of Lo and Järmyr to the YODOK duo format offers fresh, different perspective of their sonic aesthetics, different from the one explored in the YODOK III format or the earlier version of YODOK. YODOK III perfected ritualistic soundscapes, almost shamanic ones, often culminating in ecstatic-cathartic climaxes, while YODOK avoid such structures and prefers here to form powerful, rough soundscapes.

The three untitled, extended piece of IIII are developed patiently. The first one begins as a contemplative-ambient piece before it settles on a intense-manic drums pulse, multiplied and resonating, and mirrored with the processed, deep-toned noisy tuba tones. Järmyr wild, highly energetic drumming dictate the course of the second piece, while the processed sounds of the tuba and flugabone push its sonic envelope to more ecstatic and noisier terrains. The last piece opts for an atmospheric, ambient soundscape, building its invigorating tension with slow but methodical march-like drumming segments that gains more volume and energy as this piece reaches its climax,