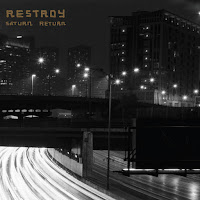 Saturn Return was recorded in two different locations: Electrical Audio in Chicago, Illinois, and White Star Sound in Charlottesville, Virginia. As such, depending on which studio the tracks were recorded in, the ensemble has a rather varied make-up. The players that appear in both sessions are as follows: Chris Dammann on bass, Nick Anaya on tenor sax, James Davis on trumpet, and Catherine Monnes on violin and cello. From the Electrical Audio sessions, we have Tim Stine on guitar, Gina Sobel on flute, and Daniel Richardson on drums. From the White Star Sound sessions, we’ve got Dylan Andrews on drums, Loren Oppenheimer on tabla and frame drum, and Matt Wyatt on electronics and percussion.

I mention this diverse list of players to highlight how diverse the recording itself is: each piece has its own flavor and character, while still slotting nicely into the overall structure of the album. Some of the pieces take a more conservative approach to the material at hand - “Uma,” for example, is a relatively straightforward track, both rhythmically and melodically. By “straightforward,” I mean that there is an identifiable head, a somewhat staid progression, and thematic development that is more formal than many readers of this blog are used to. That’s not to say these particular tracks are unenjoyable - just that they don’t tap into the free-wheeling, teetering-at-the-brink-of-chaos spirit that so many records featured on the Free Jazz Blog do. Regardless, there are small touches that elevate the pieces beyond the mundane - Oppenheimer’s expressive tabla, for instance.

The more successful pieces are the ones that try something a little different: “Skin” is centered around Chris Dammann’s plunking, persistent bass, with its enthralling repetition and rusticity. Monne’s cello playing is evocative, contributing to the old-world ambience in mournful stretches. Perhaps unsurprisingly, Monne is the composer of “Skin,” marking it as the only piece not written by Dammann. “S.M.I.B.D.” continues this climate of adventure, with each player going on intriguing excursions, sometimes squawking and squealing in ways that are, frankly, startling. Daniel Richardson moves the track forward with his loose-limbed, pliant rhythms, Gina Sobel conjures up a mesmerizing aura with her chant-like flutistry, and Anaya breathes fire with the tenor.

The album returns to the White Star Sound studio with “11 Eggrolls.” While it develops conventionally, avoiding the audacious experimentation of tracks like “S.M.I.B.D.,” it nevertheless stays fresh by incorporating Oppenheimer’s tabla (heard before in “Uma”) and synths from Matt Wyatt. The ultimate effect is that of a night-drive through desolate city-streets, smoky and bare. “Waiting” recalls “Skin” with its sturdy, driving bass-line, but trades that track’s arcane solemnity for a more stylish, noir-indebted vibe. Admittedly, I found myself hankering for something more similar to Monnes’ composition, but Dammann’s work is undoubtedly a pleasure to listen to - pristine arrangements that hint at tension, apprehension, and a world of stalking shadows, without ever actually going there completely.