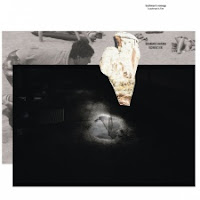 
Bushman's Revenge is a Norwegian jazz rock trio, with ven Helte Hermansen (guitar), Rune Nergaard (bass), and Gard Nilssen (drums). Their fusing of 70's era prog rock with 60's & 70's Impulse! era New Sound of Jazz improvisations have raised the group to international renown. Early King Crimson mixed with late era John Coltrane; Guru Guru jamming with Albert Ayler; I could throw many such combinations at you as examples of what Bushman's Revenge can sound like. "Fire" is a vinyl only live album that adds Kjetil Møster (saxophone) and David Wallumrød (hammond organ); having only three tracks, but each are extended jams that sear and burn. They redo "Baklengs Inn I Fuglekassa" from their album "Thou Shalt Boogie!" as "Yoga," now a Coltranesque dirge, Møster wailing passionately over a 21st Century Schizoid Man influenced soundscape. "Total Fucking Marmalade" is riff centric funk, Wallumrød, Nergaard and Nilssen laying down thick slabs of rhythm while Hermansen's guitar soloing Hendrix like throughout. Møster adds a bright infusion of horns towards the end of the track. "As We Used To Sing" is a Sonny Sharrock tune, a signature tune that the band plays in concerts, and it finishes the album on a very high note, with Møster and Hermansen both beautifully recalling Pharoah Sanders' brilliant playing as both alternate leads. Nergaard and Nilssen deliver a crushing rhythm section, Mahavishnu Orchestra like, as the band hurdles forward with breathtaking speed and fluid playing. Overall, "Fire" is an excellent live document of this highly regarded group. For newcomers, this is a good gateway to their catalog, which one should then avidly pursue. Outstanding!
Paul on Saturday, December 31, 2016
Share