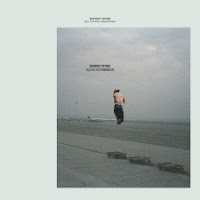 The title, translated as "Jazz, from Memory," has Bushman's Revenge returning to their roots, as this album strives more towards jazz rather than the exuberant fusion improv that the trio has been known for. While more relatively subdued than their other efforts, it is no less passionate, a combination of contemplative Jimi Hendrix inspired blues with 60's era post bop. A comparison could be made to the work of James Blood Ulmer's jazz/blues fusion, but Bushman's Revenge is not rooted in the Mississippi Delta, but in Hendrix's riffs and improvisations, almost to a fault.

The album opens with a cover of the McCoy Tyner track "Contemplation" (from the Blue Note album The Real McCoy), a slow paced piece altered by Evan Helte Hermansen's blistering guitar, shifting the piece from a simmer to a hot burn, fusing the sounds of Tyner's piano and Bobby Hutcherson's vibes into raucous guitar chords. "0500" has an excellent rumbling Rune Nergaard bass solo to open the track, followed by Hermansen firm picking and drummer Gard Nilssen's nimble percussive playing, which evolves into a more 70's jazz rock mode, a la Mahavishnu Orchestra mixed with Mahogany Rush. Such variety is good, but the influences sometimes gets in the way of the improvisations, because one starts to identify the sources, and overlook the totality of the music. "Bo Marius" is a nice spiritual improv blues track, one foot rooted in Peter Green's Fleetwood Mac and the other in modern prog, lumbering along amiably as Hermansen and Nilssen both take center stage with snarling guitar and aggressive drumming. "Gamle Plata Til Arne" is the choice track on the album, with Jimmy Page Zeppelin guitar riffing mercilessly over heated bass and drums, spiritual jazz sourced, hard rock executed. "Angels" is an Albert Ayler cover, an interesting musical exploration of the track that is less interested in free noise expression than the spiritual nuances of the piece, culling it out using guitar, while the others explore the harmonic aspects, utilizing at times brief sheets of sound to blues roots rhythms. "Lola Mit Dem Gorgonzola" closes the album with a beautiful, harmonic and soft piece, guitar reminiscent of Gabor Szabo when he played with Chico Hamilton, subtly complex and engaging.

Jazz, Fritt Etter Hukommelsen is an album that finds Bushman's Revenge not sitting on their laurels, but actively pushing forward and playing with different forms and textures. As a result, there is some unevenness among the tracks, and the influences are a bit too apparent at times, this is still a very good effort.
Paul on Monday, January 02, 2017
Share