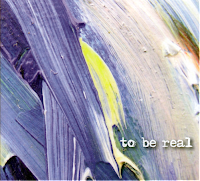 A certain note of sadness accompanies the music on this record, as this was one of the last recordings Tony Marsh made before he succumbed to cancer in 2012.   A frequent musical companion of Paul Dunmall during the last couple decades of his life, Marsh’s sprightly, energetic style was the perfect complement to Dunmall’s own jaunty explorations—which somehow always manage to stay rooted in rhythm and an element of the blues, even while venturing into more abstract and remote territory.  On the first cut of this four-track release, they are joined by bassist John Edwards, another legend of the British free jazz scene, on a live recording from the Vortex in 2010, while the other three tracks consist of duos between Dunmall and Marsh.  The undeniable rapport between Dunmall and Marsh is one of the great strengths of this release, as their familiarity forged over years of collaboration creates a coherent, shared musical vocabulary that is richly engaging.

The trio piece from the Vortex, “To Be Real,” is the centerpiece of the record, extending just over 30 minutes in length, and featuring all three musicians in fiery, spirited interplay.  Dunmall plays tenor here, and his Coltrane-esque cascades of notes are a recurring feature; but one can also hear the ways in which Edwards’ percussive technique helps tease out the more rhythmic aspects of Dunmall’s playing, bringing Sonny Rollins to the surface easily as much as Coltrane whenever Dunmall and Edwards exchange punctuated phrases.  It doesn’t take much effort to hear the implicit language of bebop throughout the recording: an instant of a walking bass line from Edwards, or Dunmall’s working (and reworking) of a phrase with just enough swing that we are reminded of his debt to that tradition.  There is explosive power in abundance—let’s not imagine for a moment that this is a “straightahead” jazz record—but nevertheless, one can always hear the echoes of jazz in Dunmall’s playing, and his partners here certainly help to give voice to that quality of his music.  Especially in those moments when things simmer down a bit, Dunmall’s soulful side really comes through and provides a striking counterbalance to his more demonstrative statements.  Marsh’s presence is also essential: although he never settles into a steady pulse, his dynamic creativity provides the momentum that keeps the music moving, never allowing things to settle and stagnate.  With three masters of free improvisation at work, this track alone makes the record an achievement.

The duo tracks with Dunmall and Marsh were recorded a few years earlier in the studio.  Dunmall’s done a lot with this format over the years—Tony Bianco being an especially frequent duo partner.  “TM” offers perhaps the fullest glimpse of Dunmall’s debt to the bebop tradition, as his engaging licks and phrases spill out in endless succession, with various levels of abstraction, with Marsh’s propulsive flourishes following him every step of the way.  On the last two cuts, “Sea Air Colours” and “Blackbird,” Dunmall switches to soprano sax, and he transitions into a less frenetic mode, exploring longer, more expansive phrases, especially on the former track.  Marsh too pulls back a bit here, making room for Dunmall by relying more heavily on cymbals and punchy toms, as opposed to the rolling waves of percussion more characteristic of “TM.”  But by “Blackbird,” the mood will shift once again, as a piece that begins with an air of mystery and wonder gradually builds into a torrent of tremendous power, Dunmall’s careening phrases taking things into the outer regions, and Marsh eagerly following him there with a thundering tempest.  It’s a cathartic and fitting conclusion to a terrific record, as well as a bittersweet celebration of a wonderful musical partnership.