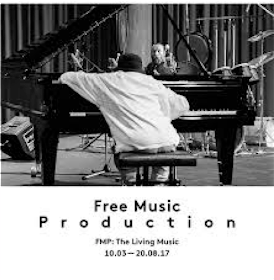 Part One: The Exhibition

When Markus Müller curated the ECM exhibition at Munich’s Haus der Kunst in 2012 there were no plans for a similar one for FMP (Free Music Production). However, Müller has always claimed that when it came to art and cultural politics, FMP was Western Berlin’s most important contribution. Müller is an expert on the cult label, he wanted to write a book about it and constantly nagged Okwui Enwezor, Haus der Kunst’s director, about the project. Eventually, Enwezor suggested that Müller should organize an exhibition - and FMP - The Living Music is the result. 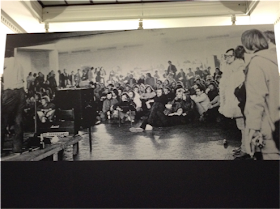 On the one hand, the exhibition highlights both the record production and samples of FMP’s most famous and often copied concert formats, Total Music Meeting and Workshop Freie Musik including all posters and unique photos. On the other hand, less well-known projects like FMP’s collaborations with dancers like Pina Bausch, visual artists like the recently deceased A.R. Penck, and famous writers like Günter Grass are also on view.

The exhibition is mainly presented in two rooms. After a video of the Globe Unity Orchestra in the entrance hall (s. below) Room 1 shows three of FMP’s most important special editions in vitrines: FMP 0030/0040/0050 with the music of Peter Brötzmann’s group (Fred Van Howe and Han Bennink including guest star Albert Mangelsdorff), then limited to 200 copies; the double LP Snapshot - Jazz Now/Jazz aus der DDR, which was issued in a limited edition of 800, and finally the Cecil Taylor in Berlin ’88 box set, produced in an edition of 1000. All these albums are out of print and if you haven’t had the chance to see the extensive and excellent booklets before, they alone are worth watching the exhibition (if you want to listen to excerpts, check out: https://destination-out.bandcamp.com)

Another vitrine documents FMP’s collaboration with women, starting with pianist Irène Schweizer and singer Maggie Nichols. As member of the Feminist Improvising Group they both played with Corinne Liensol, Lindsay Cooper, Sally Potter, Annemarie Roelofs and Georgina Born at the TMM in 1979. There are hardly any documents of this group, it’s a rather unknown chapter of free music, which is why this is one of the most insightful parts of the exhibition. Moreover, the label’s collaboration with musicians from the German Democratic Republic plays an important role. Apart from Snapshot - Jazz Now/Jazz aus der DDR you can study contracts between label boss Jost Gebers and GDR government agencies, in which they set out in detail that the label has to make the albums available in other socialist states like North Korea, Vietnam or Cuba. Authentic testimonies of the Cold War en miniature.

In room 2 the exhibition displays several videos of concerts and recording sessions in the FMP studio from the 1980s and 1990s, some of which have never been shown before and can be watched here for the first time - certainly not only for fans the most interesting part. There is footage from the 1984 Workshop Freie Musik showing Brötzmann as part of a septet with Phil Wachsman, Francois Dreno, Peter Kowald, Kent Kessler, Tony Oxley and Garreth List, a very unusual line-up worth listening to. In another video Brötzmann joins Butch Morris and Garreth List, a context in which he shows his introspective side. 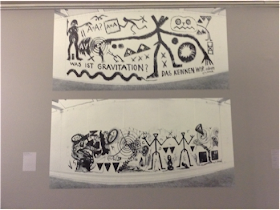 Another important part of the exhibition explores Peter Kowald and his various steps across borders, as well as the numerous collaborations between FMP and artists like A.R. Penck, Martin Kippenberger, Günther Förg and Albert Oehlen. Kowald’s and Cecil Taylor’s collaborations with dancers like Pina Bausch, Min Tanaka, Cheryl Banks, Kazuo Ohno and Christine Brunel are also part of the show, as well as Günter “Baby“ Sommer’s recording with Günter Grass. Grass, who was awarded the Nobel Prize for Literature in 1999, even supported some FMP projects.
The show ends with a presentation of various solo projects from the FMP complex. The work of the sound avant-gardist and instrument maker Hans Reichel is represented by the tongues of the “daxophone“ and a never before shown video of him recording. 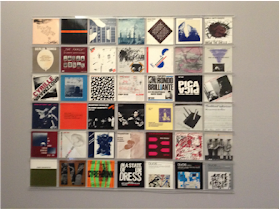 In a nutshell, the exhibition concentrates on the most important FMP musicians and co-founders, only Alexander von Schlippenbach is a bit underrepresented. Markus Müller mentioned that it was a real piece of work to put the exhibition together, he actually spent years in Jost Gebers’s archive. Gebers, who worked as a social worker, did all this tremendous work in his free time. And - as a good German public servant - he daintily archived everything. Thanks to that we are able to watch an extraordinary exhibition, for free jazz fans it’s certainly a must.

FMP - The Living Music ends at 8/20/2017. The good news is that it will be presented in Berlin at Haus der Kulturen next year (probably in March) with a greater focus on the women in free jazz and hopefully with another row of concerts.