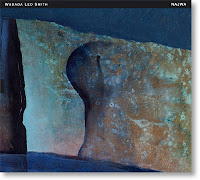 Following Wadada Leo Smith’s work is like witnessing a miracle.

Here’s a musician, 76 years old, with a long and distinguished career, still touring and recording, constantly trying different approaches, building new projects, revisiting past ideas and experimenting with different ensemble variations. Every new record is part of a complex mosaic of ideas, recurring and transforming along different trajectories, according to an instantly recognizable musical vision that is somehow always the same, and yet always different.

In late 2017 Smith released, on the same day, two wildly different albums that exemplify this fascinating aspect of his musical world.

Solo: Reflections and Meditations on Monk, a moving homage to Thelonious Monk, returned to the solo trumpet dimension that Smith investigated in his early years; while Najwa reintroduces the electric, guitar-heavy sound that characterized Spiritual Dimensions (2009) or Heart’s Reflections (2011).

The guitarists on Najwa are all usual collaborators of Smith: Michael Gregory Jackson, Henry Kaiser, Brandon Ross and the young Lamar Smith, the composer’s grandson, who was first featured on Spiritual Dimensions when he was only 14 years old. The ensemble is completed by Pheeroan akLaff and Adam Rudolph on drums and percussions, and Bill Laswell on bass, who also had a decisive role in shaping the record’s final form through post-production.

Despite the massive guitar presence, the group’s sound is perfectly balanced. Smith often reduces the instrumentation to a quartet of trumpet, guitar, bass and drums, cleverly employing the full ensemble to move the dynamics and build contrasting scenarios throughout the multi-section compositions that form the album. Laswell envelops the music in a cloud of electricity, creating dense soundscapes that suddenly burst in powerful grooves. The guitarists’ different styles bring to life every minute detail of the compositions, while the percussionists provide a multi-faceted rhythmic ground. Above all is Smith’s trumpet: a powerful, commanding voice – but also a colorful, beautifully nuanced presence, in complete service of the collective performance.

Four of the five pieces in Najwa are dedicated to past masters of Afroamerican music: Ornette Coleman, John Coltrane, Billie Holiday and Ronald Shannon Jackson. The dedicatees are not referenced in obvious ways, even if it’s easy to imagine Shannon Jackson’s polyrhythms weaving in and out of the fourth track’s forward trajectories, or Billie Holiday melancholy singing over the delicate ballad that closes the record.

This dialectical confrontation with the past, gathering the different strands that constitute the fabric of tradition while looking for new expressive possibilities, is a constant in Smith’s music.

In this case, the tradition may be the composer’s body of work itself: even if the atmosphere of Najwa is similar to some of Smith’s older records, the approach is once again completely new, with a clear sense of purpose and adventure, returning to the past in search of the next, familiar yet unexpected development.

Terrific review of a terrific disk.