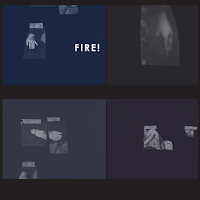 Like myself reeds player Mats Gustafsson grew up in the northern parts of Sweden, that is; the real northern parts of Sweden where, during the winter months, the sun just barely crawls over the horizon just to give you a cheeky look as to say: “did you really think I was going to shine on you today?”, before going back down. Winter months by the way means October to April. Mats and I grew up in different generations, but when listening to The Hands, I feel that he’s speaking straight to the part of my northern Swedish mind which, without being sad, depressed or melancholic states that when the horizon brightens it may very well be the deceiving light. Don’t misunderstand me, I do not have any tendencies towards seeing life on this planet as meaningless. I love the work of the late Hans Roslings ‘Gapminder’ and I think that we can build a better world together, however embracing that ‘no life without death, no death without life’ is also important. Understanding and not ignoring the darker side of life is crucial for our (my) existence.

I’m not trying to banter, but when Gustafsson, Berthling and Werliin throws down the gauntlet on the title track ‘The Hands’ I immediately feel like I understand exactly what they’re trying to say. The whole album is begging to be played at an excruciatingly high volume. I can hear a connection to Gustafsson's work on ‘A quietness of water’. Where Gustafsson/Evans/Fernandez were looking inwards to seek out sounds of an inner space full of feelings and emotions, Fire! is allowing the those sounds to come out in full bloom.

Gustafsson should be known to most readers here, having worked with…well everyone on the free jazz scene. He’s also doing regular work for the Swedish jazz magazine Orkesterjournalen, he has a vinyl trading website and a vinyl collection which carries more free jazz rarities than one can imagine. He’s touring with multiple groups and has also published a book about record collecting; Discaholics Vol. 1. Drummer and percussionist Andreas Werliin can be heard with Angels 9, Fire! Orchestra, and Tonbruket to just mention a few. Double bassist Johan Berthling is also a familiar name here and except his work on Angels 8 and 9, I’d like to recommend checking out Nacka Forum, again just to mention a few. This is indeed a very seasoned trio. ‘Supergroup’ has been said, and I can only agree.

The title track ‘The Hands’ has a thick carpet of drums and electric bass on which Gustafsson marches onwards without hesitation. He leaves it all out there. Nothings secret anymore. ‘When Her Lips Collapsed’ seems closely tied together with the first track, but at a slower pace. ‘Touches Me With The Tips Of Wonder’ allows the listener to breath and relax for a while, while the dark clouds pass by. But it of course deceiving. The manic ritual drum beat that follows to introduce the fourth track ‘Washing Your Hands In Filth’ takes us right back to where we started. This track is sure to shake a live audience in its foundations. It builds up intensity and I can only wish that it was a little bit longer. Maybe the live version is? ‘Up. And Down’ is a natural progression of the previous track and provides balance to the madness like a much-needed intermezzo. Yet half-way through, Gustafsson switches gears and increases intensity. That’s what he does. No compromises. The longest track on this album, ‘To Shave The Leaves. In Red. In Black’, is an emotional journey on which Gustafsson is given more time to tell his story. It’s very rewarding and it’s 9 minutes that speaks straight to my heart. The last song, ‘I Guard Her To Rest. Declaring Silence’ is a naked and introspective walk on lonely streets. I’m not left exhausted, I’m left staring out the window, somehow content with the here and now. It’s all going to be alright….or it’s all going to hell.
Paul on Sunday, February 11, 2018
Share

wholeheartedly agree with your review, and btw great intro! been living in uå for the last 5 years now i can totally relate to what you're saying. this is a heavy album, play LOUD!

I was thinking of dark N-European winters listening to this yesterday. There is such a magnificent gloom to their sound, it is quiet uplifting in it's own fashion.

@Perpetualist, thanks for the kind words.