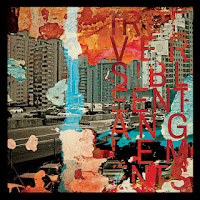 Throughout the history of recorded Black American music, there is not one generation that lacks what Amiri Baraka might have called "social activist" music in response to the trials and tribulations of Black America. One could say that today, the majority of contemporary mainstream Black American music seems increasingly focused on escapism in lieu of social commentary or confronting manifestations or effects of white supremacy - a look at the current Hip-Hop or R&B charts gives substantial ammo to this argument. Despite this, Kendrick Lamar's To Pimp A Butterfly and Solange's A Seat At The Table, records that undeniably have a black socio-political focus, still rose to be two of the highest selling and most critically acclaimed albums of their respective years.


In a 2003 Village Voice Interview "Fire Music" which included Abbey Lincoln, who classified herself as "socially active", Baraka described the difference between what he viewed as "political" and "social" activism:

The very ethos of Irreversible Entanglements, a free-jazz poetry band that came together in 2015 to perform at a Musicians Against Police Brutality concert, is rooted in the social tradition Baraka spoke of in 2003. The urgent spoken word of Camae Ayewa is backed by the fire music of Keir Neuringer (alto saxophone), Aquiles Navarro (trumpet), Luke Stewart (bass) and Tcheser Holmes (drums). Though the ensembles combined attack is quite distinct from past examples of the fusion of poetry and black music, such as Baraka with the New York Art Quartet, Gil Scott Heron’s recordings or Haki R. Madhubuti's work with the Afrikan Reveration Arts Ensemble, the group undeniably pulls from this tradition.

Irreversible Entanglements' exciting debut is filled with Ayewa's direct lyrics and visceral poetic delivery. The poet weaves together compelling accounts of current and generational black trauma as the thunderous band skillfully reacts to her intensity. The four track LP starts with Holmes' drum rolls of "Chicago to Texas" and ominous, lightly blowed trumpet playing from Navarro. As the song progresses, the rhythm section - especially Holmes, who is magnificent throughout the record - becomes increasingly more furious to accompany a seething Ayewa. The unrelenting bass line, subtle trumpet and extended cries from the sax join in as she rips through hard hitting lines about "the way they make you FIGHT for every inch of grace", "lynched bod[ies] swinging to the tune of American justice", and how "sometimes you can get lost in the rhythm of oppression."

The second track, "Fireworks", features Ayewa focusing on violence over a catchy bass line during the first three minutes before stepping out of the spotlight for the horn section. She addresses the listener with harrowing questions on topics including how the cruelty of slavery severed the ties between African Americans and their original African cultures ("did it break your heart when you learned you was only southern?") and the often cited excuses for police brutality ("were you forever changed when she got chopped down by an axe by a man who said he was afraid? are you afraid?"). After Ayewa's grim lyrics, the long lines from the sax and trumpet over the rapid drumming act as an extended lament for those who have fallen to the "fireworks", the word used here as a metaphor for gunshots.

Though the entire record is full of passionate performances, in terms of abrasiveness, the beginning of "Enough" is where things reach their peak. The tune begins with a hectic barrage of notes from the sax and trumpet, which is joined by Ayewa, whose panicked voice rises to a frantic scream. Nueringer and Navarro's dirge-like playing leads into powerfully animated solos that are followed by Ayewa wearily reading out the names of Black Americans who have been unjustly murdered ("Oscar Grant, Trayvon Martin, Eric Garner, John Crawford, Michael Brown, Renisha McBride enough enough enough enough").

The album closes with Ayewa speaking from the perspective of the child of an evicted mother in the 15-minute-epic "Projects". The song opens up with an eerie soundscape with languid horns before the entire band - particularly the rhythm section - becomes more vibrant near the end of the third minute when Ayewa enters, bleakly announcing that "eviction day is here." Bursts of energy from the horns fill the atmosphere as Ayewa, now evicted and outside with her mother wonders what "[they] are going to do with all this extra space." She growls through heavy lines ("motherfuckers got machine guns now...you can't even KILL A MOTHERFUCKER AND BE DONE WITH IT!") as the ferocious horn section groans and shoots off like bullets in the distance. The song, which has extreme soloing by the horns in its second half, is a testament to the band’s narrative talent. Despite the fact that only a few lines are used to describe the family's situation, the combination of Ayewa's words and the instrumentation creates an extremely tense atmosphere of danger and uncertainty.

That a recording of this high caliber is their first project - which was recorded in one six-hour session - shows that there is great chemistry within Irreversible Entanglements. Clocking in at only 44-minutes, odds are that those who are receptive to this specific brand of jazz poetry will be clamoring for more. The band knows exactly when to wail and when it's best to employ a more restrained approach to get the most out of Ayewa's brilliant poetic diction. The furor of Irreversible Entanglements stands out in the contemporary jazz landscape, and above all, in a socio-political climate crying out for fiery uncompromising black music, the unbridled rage of this energetic free-jazz poetry set is more than welcome.

Excellent review, Brian, very well written. I agree with your opinion as to the current state of hiphop, though it's been even worse (at the beginning of the century, for example, when Sean Combs seemed to have taken over). I wished there were more collaborations between hiphop and free jazz. I once hoped that The Roots might go in this direction (after they released "Undun"), but unfortunately they haven't so far. Maybe Kendrick Lamar does.