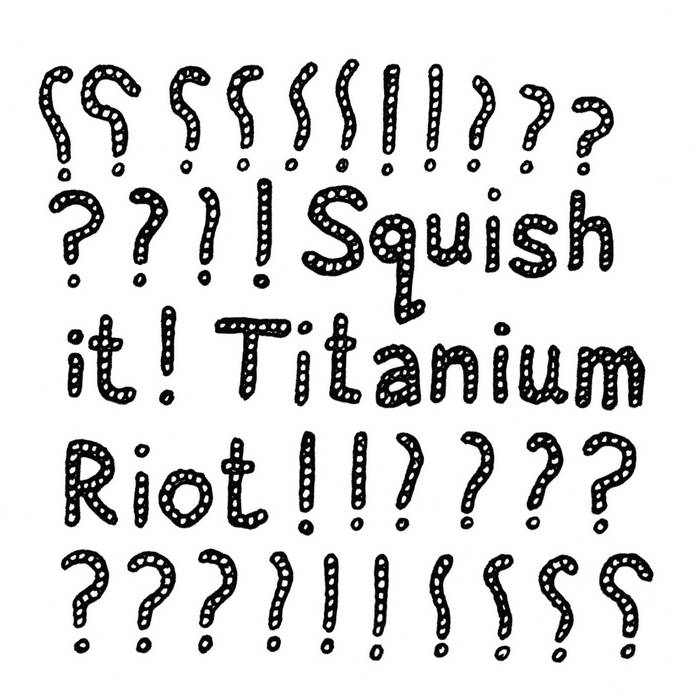 Two years ago, trumpeter Lina Allemano's first album with Titanium Riot ended on my end-of-year list with a five-star ranking. On this album she continues the experiment with Ryan Driver on analog synth, Rob Clutton on electric bass, and Nick Fraser on drums.

It's hard to categorise the band's music. The album's five tracks all move in the same sonic universe, one that is both familiar and unfamiliar. Allemano's trumpet-playing is very warm and voiced, while Driver's synth playing is disruptive and bizarre. There are no apparent melodic lines or harmonics structures or fixed rhythms, and the music moves as in a dreamlike state. You recognise the approach, the tone, the approach, the phrases, as if you try to understand and know what is going on, but then it is that little out of wack that makes it interesting and fascinating, like a good dream. It's a little bit like a Murakami novel. All the ingredients are present for the familiar, but then something happens that you can't really put your finger on that makes it beyond recognition, beyond the familiar.

In that sonic world between two worlds, many things happen, but always with an element of surprise and wonder. The music hesitates sometimes, as if not daring to go where it is going, or phrases end with question marks, increasing the pitch ever so slightly, in strange anticipation of what might happen now. And it is only after having listened to this album many times, and wondering about the question marks, that I saw that they were on the cover of the album. There is no sense of urgency in the music. There is no urge to prove anything. The music flows. It flows full of contradiction and contrast, but warmly, gently, despite the atmosphere that something strange is going on. Strange and pleasant.

You can listen and download the album from Bandcamp.


Watch a concert by the band in Ulrichsberg, Germany, exactly a year ago.