Young Swedish sax player Anna Högberg already proved that she can play in the league of the toughest and loudest free jazz musicians. She played in former incarnations of Mats Gustafsson’s Fire!Orchestra, joined The Thing in few gigs and guested on thier last album. But she is a much more than just a fiery blower. She leads her all-female sextet Attack!, now preparing its sophomore album, playing in the power trio Doglife, the free jazz quartet Se och Hör and the jazz-pop group Pombo and an excellent improviser. 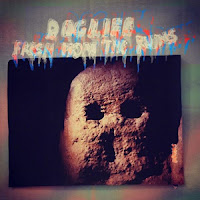 The sophomore album of this punk-free jazz-power trio, following its self-titled debut album from 2014, features the same personnel - Högberg on alto and baritone saxes, Finn Loxbo, who also has played with her in the Fire! Orchestra on electric bass, and drummer Mårten Magnefors. There no revolutions in the life of this nervous dog. Doglife keeps doing what it has done so well on its debut album, but now doing it much better.


Doglife keeps exploring and pushing its uncompromising, high-energy mode into even more intense, tougher, thorny and darker terrains. Each piece focuses on a different strategy. On “It Gives Me” Högberg chants a repetitive, rhythmic pattern on her baritone sax through the the swampy mayhem that Loxbo and Magnefors produce, slowly bursting out of this dense noisy mayhem with a surprisingly lyrical solo, followed by Loxbo's effects-laden, fierce solo and concluding with another gentle solo from Högberg. “Zughi” sound like an attack of a three-headed shapeshifter monster that is all over the place, leaving nowhere to escape. On the title-piece, Loxbo suggests a threatening electric storm, quickly sliced by Magnefors' hammerings and Högberg's cries, but soon Doglife forms a massive rhythmic pattern, still nightmarish one but one that demonstrates some coherency, deep into an ocean of distorted sounds. Now even a piece titled “Nothing to Break” sounds quite gentle, despite its brutal, minimalist pulse, with only Högberg attempting to charge this pulse with an elaborate interpretation. The last “Courbette” is a kind of doom-metal anthem. Loxbo and Magnefors offer a take-no-prisoners metallic tsunami, letting Högberg surf on it with a manic, urgent solo. You had better surrender to Doglife's music. The sooner the better. 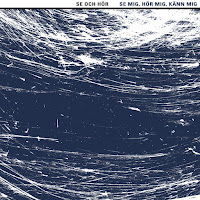 Se och Hör - see and hear - is a free jazz quartet featuring Högberg on alto sax, trumpeter Niklas Barnö, who has played with her in the Fire! Orchestra but also known from the groups Je Suis! and Snus, bass player Emil Skogh and drummer Dennis Egberth, augmented on this album by guest vibes player Mattias Ståhl. Se mig, hör mig, känn mig - see me, hear me, feel me - is the sophomore album of the quartet that began working in 2011, following its debut, Hör och häpna - lo and behold (Ljup Musik, 2014). This album is released on a limited-edition of 300 vinyls plus download option.


Se och Hör specializes in catchy, ecstatic form of free jazz. The compositions are based on strong and smart melodic themes, expressing how Se och Hör is well-versed with the legacy of modern and free jazz on both sides of the Atlantic. These themes are articulated brilliantly by the charismatic frontline of Barnö, Högberg and Ståhl and their tight, passionate interplay. All three exchange fast, sharp solos, charge the dramatic tension and often bring Se och Hör close to an explosive meltdown. Skogh and Egbert anchor this intense commotion with their propulsive, massive pulse and contribute impressive solos on “Sparven” and “Gasen i botten”. There is no way to know where and how Se och Hör will take its original pieces since this quartet-turned-quintet knows no boundaries. It even surprises on the last, playful “Brorsan” with joyful singing of the mantra “from the bottom of our hearts”. You all should thank Se och Hör from the bottom of your heart.