A coworker recently looked over at my monitor and asked, confusedly, “What does that even say?” I replied, a bit awkwardly because we are a hip and modern office soundtracked by hip and modern music, “Uhh, it says ‘The New Wave of Dutch Heavy Jazz.’” And then, we were done. No more questions. As it should be. 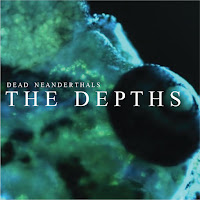 For so many reasons, The Depths is not the Dead Neanderthals you know and love. Of course, that’s also why you may love it as soon as you get to know it. In place of the familiar Otto Kokke and René Aquarius sax & drums duo—plus or minus their various partners, collaborators, and supporting players—The Depths emerges from literal (and possibly metaphysical?) depths. Recorded with Aquarius and Kokke at opposite ends of a 100 meter-long tunnel, there’s an organic delay that plays out over the live-take experimentation. Kokke mixes up short melodic lines with long drones, sending signals and flares down the tunnel in the hopes they’ll be returned by Aquarius. There’s a longing, pleading quality to the album. And throughout the four tracks, Aquarius performs a spartan, rolling improvisation that, while it ebbs and flows, plays give and take with the echoey surroundings. The Depths is equally successful when the duo occasionally both syncs up and misses each other completely. Dick van Aalst and Inge Hondebrink filmed a short documentary on the recording that’s worth catching, to get a glimpse of the actual space and samples of the album. 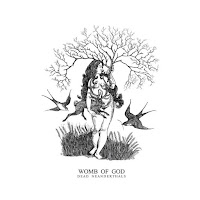 Womb of God plays an entirely different game with time and space. Here, on two tracks, Kokke and Aquarius are joined by saxophonist Colin Webster, a regular addition to Dead Neanderthals. Unlike previous trio+ recordings, however, “Womb of God” parts 1 and 2 were recorded with the core duo in Netherlands, while Webster was in England. But what’s 300 miles between friends? Exploring a further separation than on The Depths, the trio expertly bridges the distance between two dots on a map, rendering those dots merely pointless. It takes a special brand of subtlety to generate effective noise, and that’s just what Kokke and Webster are up to. Like Robert Rauschenberg’s White Paintings, or perhaps more appropriately, given the simultaneous undercutting and overthrowing of tradition, Erased de Kooning Drawing. On “Womb of God II,” a seemingly unholy sound precedes Aquarius’s bass drum and cymbal-heavy entry. Kokke and Webster’s changes are heavy, almost cyclical, until they aren’t. About ten minutes in, the melody shifts to an urgent howling plea. In the final minutes, Kokke, Webster, and Aquarius push against each other, ricocheting and colliding their way to the finale. 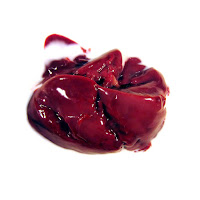 Released on the final day of 2017, Organ Donor is a suitable end to that godforsaken year. Cut it out, give it away. Or, as the notes on the album’s Bandcamp page read: “You could see the panic in his eyes. What would happen if they found out he wasn't dead yet? What would happen if they found out he wasn't even human?” Kokke doubles on saxophone and synthesizer, stretching out the long drones with subtle pitch warbling. Roughly a third of the way through the single track’s 15 minutes, there’s such a slight shift in the density of Kokke’s playing, I was sure I imagined it. But it’s there, smeared like blood across the face of the track. His continual shifting throughout the remainder of “Organ Donor” clashes gorgeously with Aquarius’s crisp drums. Bright with cymbals and snares, the drums give pulsing life to the track. This track, for me, exemplifies the fundamental mix that makes Dead Neanderthals work so well.

Available as a name-your-price digital album