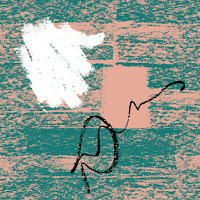 Uchronia is a Cologne based quartet of young musicans (born between 1986 and 1992). They all study at the „Hochschule für Musik und Tanz Köln“ (College or University for Music and Dance) and collaborate in different settings with each other.

The music on their debut album as Uchronia is based on compositions by Marlies Debacker (piano) and Salim Javaid (sax, clarinet). They are accompanied by Stefan Schönegg (double bass) and Dominik Mahnig (drums).

I want to start with the end. The last two or rather three tracks of the album. That is "Battle Deaths in Conflict 1989 – 2013" Part I and II and the last track called Ballade#1. With these tracks the quartet shows in detail what it is capable of. And it is a lot! "Battle Deaths in Conflict..." starts with some long tones. They establish the basis in a dark mood and sound. They take their time and that in a very concentrated manner. All of part I consists of these long tones moving alongside each other. Drums and piano are mere guests waving hello from time to time. The second part starts exactly with these two.

Compared to pop, rock etc the roles are changed though: Debracker lays the ground with a sort of ostinato motif moving over her claviatour. Reminding me in some aspect of the way Charlemagne Palestine plays the piano on From Etudes to Cataclysms. Mahnig's drums take over the leading role. They tell the story sing the song. Mahnig shows what he is capable of. He moves fast in between the silent and the intense, between the restrain and the unleashed, between the calmness before the storm and the storm itself.

At the end there is the "Ballade#1". As the title implies the last track is quiet. Within the quietness you can almost see the mature interaction of these four young musicians. They tell the story (Sorry, I know I used that picture before.) together. And it is an intense story of calm adventure. There is not a single tone too much. The base seems to be a piano line in the first half and later on a little melody on the clarinet with which the track ends (surprisingly abrupt).

I like that track and it is a very good ending for a good album.

We listen to three young and promising talents in the field of improvised music. The last two tracks are outstanding in my opinion.