The Latest from Didi Kern


Austrian drummer Didi Kern is one of the busiest and most versatile in the Viennese scene. Readers of this blog may know him as the D in Ken Vandermark’s DEK trio (together with fellow-Austrian pianist Elisabeth Harnik), but Kern began his career as a drummer in local art rock, punk, noise, electronica and even techno outfits, among them BulBul, Broken.Heart.Collector, Fuckhead and Poisonous Frequenzies before establishing himself as a resourceful, energetic free improviser with a sharp sense of humor. 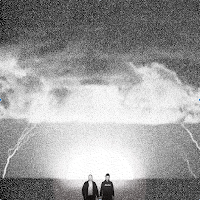 Kern and fellow Viennese keyboards player Philipp Quehenberger have been playing together for more than 15 years and still enjoying refining their blend of brutal, atmospheric storms. Quehenberger, like Kern, enjoys experimenting with a broad spectrum of sounds, especially with noisy and electronic ones, and is associated with the local experimental label Editions Mego. Linz, captured live at Stadtwerkstatt Linz on March 2017, is the duo fifth full album (not including 5 singles and EP’s with guests as Marshall Allen, BulBul, Carla Bozulich and many others), release on vinyl plus download option.
Linz lasts only 28 minutes but Kern and Quehenberger manage to do in this short free-improvisation much more than larger outfits may have done in twice longer time. Both do not spend their time and from the first second to the last one they set a hard driving, brutal pulse, and keep colliding with each other. But this performance is not only about boundless power, reckless energy and full-blast intensity. The rhythm is infectious and forces you, unconsciously and almost effortlessly, to move and even dance to, The dark, atmospheric keyboards deepens this kinetic feeling of time and space. And Linz demonstrates how a wild free-improv set can meet prog-rock and techno aesthetics, blow your mind, rewire your nerves and leave you smiling. 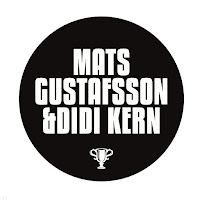 Kern shares with the Swedish titan a common affinity to intense, earth-shaking energy, but Marvel Motor continues and deepens the wild-spacey spirit of Linz as Mats Gustafsson is credited here with “less reeds, more synth”. This album is the second collaboration of Kern with Mats Gustafsson, following the limited-edition, one-side vinyl Eissalon (Live) (Rock is Hell, 2013, only 222 copies, 44 were colored). Marvel Motor, recorded in December 2016 in Vienna, comes in a bit more generous edition, a limited-edition of 258 vinyls (two sided, three different, slipstreamed slip-in version) plus download option.
Both Gustafsson and Kern sound as challenging and rebelling against any expectations from such a meeting. Free the jazz, as the slogan on one of Gustafsson’s favorite t-shirts. Both offer variations on a restless, fast and volcanic interplay where the electronics plus synths tornados of Gustafsson, with some sax wails (only on two out of six pieces, “Fun Generator” and “Besenkamme”), threaten to blow out everything around him while the manic drumming of Kern insist on piercing these walls of sounds. Eventually, both have perfected, alone, in other groups and together, a unique wisdom of how to shape and sculpt a nuanced and irresistible rhythm. A rhythm that is built of many, often colliding, but more often complementing, even enhanced sounds, as the title of best realized piece, “EnHANCEment”, suggests. Again, you may find yourself dancing, marvelled by your involuntary, motoric actions.