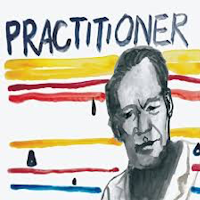 It is a daunting prospect to approach the work of a musician who looms as large as Steve Lacy in avant-garde jazz. His prolific output alone is astonishing, with well over 100 recordings to his credit as a leader, all of which maintain a remarkably high level of musicianship, not to mention his seemingly countless sideman appearances, with jazz luminaries from Miles Davis to Gil Evans to Cecil Taylor. But beyond that is the personal sound he was able to create on his chosen instrument, the soprano saxophone. Lacy fans can easily recognize him in just a few notes, and the razor-like precision of his playing, combined with his oblique logic, are what made him one of the true pioneers not only of the soprano sax, but of jazz music in general. All of which means that any attempt to do him justice—any kind of musical “tribute,” really—risks falling into pastiche, becoming all the more disappointing for reminding us of the absence of the original genius himself.

This makes the work of Michael Coleman and Ben Goldberg on Practitioner such a remarkable success. For one thing, they’ve taken as their subject one of Lacy’s least-known recordings, the long out-of-print Hocus-Pocus, originally released in 1986 on the Les Disques Du Crépuscule label. It consists of a series of études, with Lacy showcasing his prodigious technique, and as far as that goes it is predictably impressive, with Lacy’s trademark leaps and angular flurries in ample abundance. And it opens a window into Lacy’s process as an improviser. But it’s likely that only Lacy completists would find it indispensable. Enter Coleman and Goldberg, who are able to work a certain magic with this repertoire that renders it more absorbing than the original, and yet completely consistent with Lacy’s intrepid, relentlessly creative spirit. Drawing richly from their own idiosyncratic sensibilities, the two don’t recreate the music so much as they refract, realign and reconstruct it, thus making something entirely new in the process.

Keyboardist Coleman and clarinetist Goldberg have worked together extensively over the years, as they comprise two-thirds of Goldberg’s Invisible Guy trio (with drummer Hamir Atwal). They each also draw on experience from different musical contexts: Coleman has his own groups such as Beep! and Arts & Sciences, but he’s also performed with tUnE-yArDs and singer-songwriter Chris Cohen. Goldberg is entirely comfortable with avant-garde and freely-improvised contexts (see his recent Uncompahgre release with Kirk Knuffke as an excellent example), but he’s also made quite accessible music with Allison Miller and the Tin Hat Trio as well. The duo’s multifarious backgrounds serve them well on Practitioner, as this is music without a clearly-defined idiom; it exists in a world of Coleman’s and Goldberg’s making.

The album does have “track” breaks, to denote the correlations between the original six pieces on Hocus-Pocus and the somewhat altered sequence on Practitioner. But it’s best appreciated in one continuous 37-minute listen, as this is immersive music that rewards undivided attention. Coleman’s array of keyboards and the textures they produce are the principal agent through which Lacy’s music is re-oriented: original phrases are played, sometimes in unison (and with remarkable skill by both players), but then we move into much more abstract and strange territory, with Coleman’s loops and processed effects creating disconcerting impressions that are all the more effective when they are paired with Goldberg’s unadorned playing (although Goldberg’s passages are also manipulated in various ways throughout the album, whether when playing his Bb or his contra-alto clarinet). The assorted moods and registers produced are quite striking, ranging from moments of somber beauty to abrasive, jarring juxtapositions between electronic and analog timbres. There is a peripatetic quality to the music, as rarely do Coleman and Goldberg settle upon a particular motif for very long before moving to the next one; there’s a sense of ongoing discovery that is quite compelling, with new ideas opening continuously as the music unfolds.

In addition to such fine music, those who purchase Practitioner will receive a dozen “baseball” cards, each with a portrait painted by Molly Barker--a labor of love both in recognition of Lacy’s enthusiasm for the sport and to parallel Lacy’s own decision to dedicate each of the pieces on Hocus-Pocus to artists he admired. There are cards for Goldberg, Coleman, Eli Crews and Mark Allen-Piccolo (the latter two of whom truly do deserve praise for their work in recording and mixing the album), but there are also ones for folks like Niccolo Paganini, Harry Houdini, and Karl Wallenda, not to mention James P. Johnson, Babs Gonzales, and Lacy himself (appropriately dubbed the “Head Honcho”). Each card is accompanied by a poem from poets such as Dean Young, Molly Barker, or Paul Muldoon. It’s a delightful touch, especially welcome in a musical age in which tactile pleasures such as these are typically lost amidst the ephemera of instant downloads and music streaming.

What Coleman and Goldberg are able to achieve, ultimately, is music that is rooted in the spirit of Lacy but which uses his work as an occasion for making something wholly unique and inimitable. The master would undoubtedly approve wholeheartedly.