Earlier this week, legendary Polish trumpeter Tomasz Stańko passed away (learn more here). This weekend on the Free Jazz Blog we pay tribute to his work with a selective and wholly subjective dive into his discography. 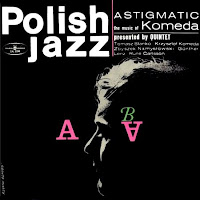 Recorded in Warsaw in December 1965 by Krzysztof Komeda (piano), Tomasz Stańko (trumpet), Zbigniew Namysłowski (alto saxophone), Günter Lenz (double bass) and Rune Carlsson (drums), this album has been described by ECM’s Manfred Eicher as a milestone in the history of jazz, having what came to be thought of as a distinctly European sound, blending modal jazz, folk music, and classical sonorities with the improvisational experiments of the new thing from America. Significantly, Komeda also wrote film music, and by the time of his tragic death in 1969 had composed more than 70 soundtracks.

The title piece, named after an eye condition in which images are blurred, is 23 minutes in length and cinematic in scope, a succession of episodes each having a discrete focus and dynamic. It is built around a simple cell, which in its emphatic form repeatedly hammered out in Bartokian fashion by Komeda, resembles a similar device in Eric Dolphy’s ‘Hat and Beard’. The motif is used to generate the solos, each passage employing different methods of storytelling. Komeda’s piano dissipates into washes; Namysłowski’s effusive alto combines Ornette’s asymmetry and Sonny Rollins’ virtuoso cadenzas; Lenz’s bass is tightly compressed, and the drum solo is reduced to stuttering chatter. Caught at the outset of his musical journey, Stańko is more loquacious that in later years but his voice is recognisable, splintered and dazzling.

The two other tracks are ‘Kattorna’ based on a theme from Komeda's soundtrack for a film of the same name, and ‘Svantetic’, dedicated to Svante Foerster, a Swedish poet and friend. Both show Komeda’s gift for pungent melodies — like Ayler’s ‘Ghosts’, indebted to European folk harmonies — and his piquant unison voicings, qualities heard later in Stańko’s own music. 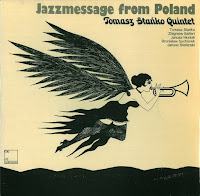 Featuring Stańko’s early ‘70s quintet with Zbigniew Seifert on violin, Janusz Muniak on flute, tenor sax, and percussion, Bronislaw Suchanek on bass, and Janusz Stefanski on drums, Jazzmessage From Poland encapsulates its title perfectly. Opening with Stefanski, the band locks into a furious groove. When the theme of “Aeoioe” surfaces, you get a clear picture of Stańko’s bold melodic style. This is the same group that recorded Music For K and Purple Sun, and it’s thrilling to hear the young group, hungry and searching. When I heard Stańko had died, I was heartbroken. My grandmother's family came from Łódź, and, growing up in the ‘70s and ‘80s, my impression of Poland was that of a lost country. Moving from German to Soviet control, its own, singular identity appeared to fade. Stańko’s trumpet, a corrective to my misperception, has always moved me, and the silence is now just as loud. 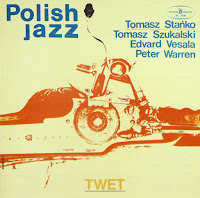 The title is an acronym made of from the first letter of the names of each band member: Polish reeds player Tomasz Szukalski, American bassist Peter Warren, Finnish drummer Edward Vesala, and Tomasz Stanko. It's is a first-rate treat of free jazz that bristles with energy all these years since it's release. Throughout the tracks, all improvised, there is an undercurrent of tension that does not let go, and even as the music explodes, there is hint a reservation, imbued in Stanko's distinct tone and deliberate phrasings from Warren. The recording was made in Warsaw in 1974 and was the predecessor to Stańko classic Balladyna, his first ECM recording. Track this one down if you don't already have it, from the opening musical exploration to the intense free playing on "Man from the North" towards the end of side B, it is a masterwork. 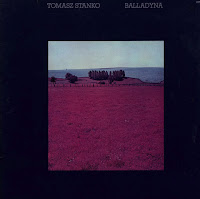 
From the first notes of Tomasz Stańko‘s solo on the titular track of the 1976 recording Balladyna, he burns completely. Somehow, he produces sounds out of the trumpet that are so visceral it sounds as though he is crying, or even screaming. He is not just playing; he is breathing fire. Nonetheless, he plays very little, remaining fully present in every silence. Even when he plays "out", he somehow maintains a melodic line that is almost hummable. He exercises a profound restraint, one that is both masterful and unique. In unleashing the fire of his instrument, he gives himself so fully that nothing is left, not ego or reservation, only music.

To leave so much space requires an immense amount of trust. Fortunately, Stańko's trust is well-placed with Tomasz Szukalski on sax, Dave Holland on bass, and Edward Vesala on drums. Stańko assembled an incredible band, and the interplay on the album is fascinating. His bond with Dave Holland is particularly apparent on "Duet". Throughout, Stańko demonstrates his ability guide a band without overwhelming it.

Not only has Stańko left a legacy in his recordings, he has impacted the work of many young musicians. Notably, Polish pianist Marcin Wasilewski, whom Stańko mentored, covered “Balladyna” in his 2008 ECM release January. Stańko’s sound will continue to live on, with its beauty and intensity. Though his flame may have now have gone out, he is forever burnt in our memories. 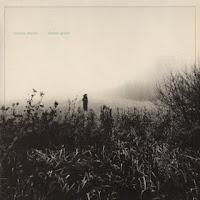 Almost Green is the last in a series of four albums recorded by the trio of Tomasz Stańko, Tomasz Szukalski and Edward Vesala from 1974-1979. In this interval the threesome released TWET, Balladyna, Live at Remont, and Almost Green, each featuring a different bassist (Peter Warren, Dave Holland, Antti Hytti, and Palle Danielsson, respectively). Of the four Almost Green, to me, is the most lyrical, melancholic, and longing of his 70’s work (almost a foretaste of his later, more mature works for ECM). The main theme is utterly dramatic, and it rears its head in fragments and variations throughout the album, providing a cohesiveness that serves to distinguish Almost Green from the other LPs. The solos are poignant, meticulous, dazzling rays of sunlight that burst through the overcast mood of the six tracks. It feels as if after three probing, exploratory records together the quartet knew exactly what they wanted to say. 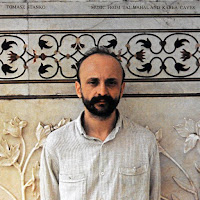 I can also recommend this album, even if it's unrepresentative of Stańko's work: a rare and hard to find album of solo trumpet improvisations, recorded in India. Just to be clear: Taj Mahal is not the blues singer but the famous tomb of Mumtaz Mahal, the wife of Indian Mughal Shah Jahan, and Karla Caves is not an unknown jazz singer, but a complex of caves in the west of India. Luckily for all of us, it's somehow available on Youtube. It's the only solo record by Stańko and worth cherishing. His natural melancholy is present here, yet in an even more reverent and spiritual context. The sounds resonate and echo in the empty marble and rock spaces, giving the improvisations an uncanny depth, as if electronically enhanced. Like on all his albums, also here his sound is torn between freedom and comfort, between adventure and homeyness, between timbral explorations and tenderness.