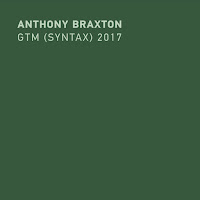 To quickly reiterate, the accelerator class of the third species sees the primary melody disintegrating and reforming. To use Kitamura’s words from the liner notes, “Eighth, sixteenth, thirty-second, and sixty-fourth notes are combined and subdivided into ratios such as 9:2, 11:2, and 13:2.” The effect is a complex polyrhythm. The last three compositions of GTM (Syntax) 2017 are accelerator class.

Composition No. 339 (+171) (dedicated to The Pennsylvania Railroad Corporation (before the merger)) 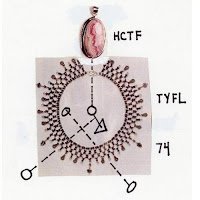 Previously recorded on GTM (Syntax) 2003 and 12 Duets (DCWM) 2012*.
The increased notational complexity of this species is immediately apparent to the ear. Pitches are sung just out of phase to create a multiphonic effect and slightly shifted by each group to create polyrhythms. It sounds like a rapid ebb and flow, like a wormhole. Space is significantly more filled out. The tertiary material chosen for this performance is one of Braxton’s early mapping pieces (171), which sees investigative reporters questioning forest ranger Crumpton on ethical inconsistencies in his parks department. As if to mimic the pretzel-twisted time and space of the composition, certain sections of the narrative see multiple questions from reporters and multiple answers from Crumpton overlapping. Splotches of color include angry Daffy Duck sounds, blood-curdling screams, hissing as if in morse code, and exaggerated tongue rolling (“rrr”). 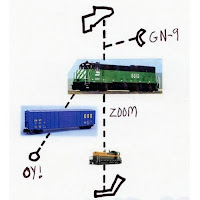 Previously recorded on Quartet (GTM) 2006, Duets (Pittsburgh) 2008, GTM (Syntax) 2003, Sextet (Philadelphia) 2005, and 12 Duets (DCWM) 2012*.
On the last day of recording, the twelve members of the Tri-Centric Vocal Ensemble no longer divided into four groups of three, and there were no sections or section leaders. Each member was free to conduct, follow, or be on one’s own. The tertiary material chosen for this performance is all instrumental and includes the graphic scores of Falling River Music along with the two older pieces. Like 339, there’s a great blurring or phasing effect. Space is so filled and time so fast here that the ensemble cannot use complex syllables or words, and instead sing letters, numbers, oohs, and ahhs. There’s not enough time to physically perform more complex extended techniques, and most odd effects are created by the group rather than individuals. A primary melody is completely indistinguishable. If you don’t feel the wormhole-like ebb and flow in 339 or 340, I suggest you listen to 119 and then come back. The physiological and/or psychological effect of rapidly ramping up the action makes ten minutes in 340 feel like three times that. I suggested this was the most musical starting point for listeners, but I suppose I meant it’s the best starting point for those with a bias against voice, because it’s non-narrative and the performance is so fast and complex that you might forget you’re hearing singing. 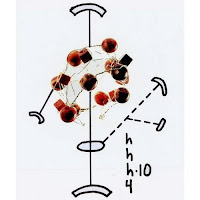 Again, no designated sections or section leaders. Choruses that phase into polyrhythms - different voices might begin a syllable at the same time but modulate at different times. The tertiary material includes the instrumental 76 and 40 (a favorite of the Crispell/Dresser/Hemingway quartet) and the narrative 237 (Trillium E) and 380 (Trillium J, which we’ve visited before in 219). The extreme effect of 340 is applied to the narrative, creating the personification of Babel. The phrases “hear our words and hear it now” (or, “here are words and hear it now”) and “it could be you” are sung with some performers starting on the same syllable or words and modulating differently while other performers begin on a different word or syllable, with not more than two or three performers landing on the same syllable at the same time while pitches from different syllables might match up for a brief moment. It’s like the cacophony of the “bike tour” in 221 except taken to the extreme because the performers have a full sentence to work with rather than two words. This Babel is eventually met with the heartbeat of an “mm mm, mm mm” before all performers simultaneously sing a short melody before ending the performance.