Three vocal artists, three distinct extended vocal techniques and improvisation strategies, and three different atmospheres. The voices of these vocal artists - Audrey Chen, Danishta Rivero and Esti Kenan Ofri - are often used as an intelligible instrument, even an alien one, but still one of the most potent instrument in their challenging releases. 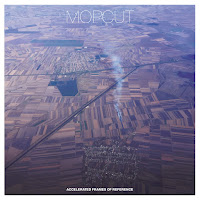 The trio MOPCUT claims to be a medium-length noise-style that covers the head and ears with a vertical bang and a horizontal wave. MOPCUT also argues that its sonic output is a popular style for all ages, genders and generations, but adds that ts soundscapes should be trimmed evenly all around the circumference so that the noise at the front reaches the inner eye while the waves on the sides cover (or almost fully cover) the ears.

You can trust this insightful advice. This trio - American vocal artist and analog electronics player Audrey Chen, known also as a cellist, a close collaborator of British vocal artist Phil Minton and half of the duo Beam Splitter with Norwegian trombonist Henrik Munkeby Nørstebø; French electric guitar player Julien Desprez, leader of his own ensembles and member of Mats Gustafsson’s Fire Orchestra and Eve Risser’s White Dessert Orchestra, and Austrian drummer-synthesizer player-vocalist Lukas König, member of Viennese groups Kompost 3 and 5K HD- are going to spin your heads and ears so thoroughly until your inner eyes will not only absorb their wild soundscapes, but most likely may beg for more from this rare stuff. Obviously, by then you may lose all connection with real human languages and earth’s gravity.

Accelerated Frames of Reference, the debut album of this trio, lasts only 32 minutes but you have to be in top shape - mental and physical one - in order to fully comprehend the series of ultra-accelerated sonic events that MOPCUT keeps creating. Chen rushes with her ultrasonic stream of consciousness, fragmented vocalizations as a shaman possessed by mysterious spells, and is always busy mutating and distorting her mad songs with vintage electronics. Desprez intensifies this troublesome and urgent atmosphere with imaginative, explosive noises and effects and König deepens these blistering attacks with disruptive, alien beats and noises of his own. MOPCUT chose to conclude with wild journey with the quiet and meditative “Soundspa”. A peaceful farewell or a promise for more insightful messages from the MOPCUT spaceship? 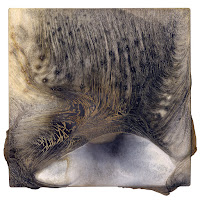 Voicehandler is the American, Oakland-based duo of vocal artist and modular electronics player Danishta Rivero and percussionist Jacob Felix Heule. Voicehandler describes itself as playing “incantatory music grounded in the most primitive and somatic instruments -- the voice and percussion -- juxtaposed with contemporary, disembodied electronics”.  Light from another light is the second release of the duo, following Song Cycle (Humbler, 2015), and recorded during three live performances in May and June 2017 in n Berkeley, California.

Each of three improvisations offers a distinct atmosphere and left-off-center song forms. “June 8” explores an immediate, psychedelic atmosphere where Rivero employs a stream of wild, hallucinogenic vocalizations, some are extended and processed by electronics. Heule envelops her associative vocalizations with intense percussive chaos of his own, but as a precise and highly nuanced acoustic mirror for her electronic-enhanced noises. “June 1” suggests an almost transparent and fragile drone where Rivero mysterious, processed vocals and fractured noises fly on a thin skies of sparse percussive sounds. “May 25” is the longest and most varied improvisation despite its relative, minimalist atmosphere. Rivero and Heule succeed to form a playful and very informative and sometimes even a seductive conversation between two proud ambassadors from totally different yet friendly sonic planets, eager to share their rare wisdom and hidden desires. 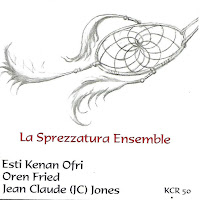 Sprezzatura is an Italian word originating from count and diplomat Baldassare Castiglione's 16th century “The Book of the Courtier”, defined by the author as "a certain nonchalance, so as to conceal all art and make whatever one does or says appear to be without effort and almost without any thought about it".  La Sprezzatura Ensemble is also the Israeli trio of vocalist Esti-Kenan Ofri, percussionist Oren Fried and lap-style Spanish guitar player Jean Claude Jones. The Italian-born Kenan Ofri plays regularly with Fried in the Kol Oud Tof trio (in Hebrew: voice, oud, drum) with oud player Armand Sabah, exploring songs from the Jewish Sephardic-Moroccan tradition. She is also a close collaborator of Jones, since the days he was in-demand double bass player.

The five untitled pieces of the trio debut album were recorded in Jerusalem during 2017 and 2018 and are described as “abstract, formative discourse”. Only the first and fifth improvisations succeed as both Kenan Ofri and Fried flirt with twisted abstractions of a sensual Sephardic song form while Jones explores the sonorities of the lap-style Spanish guitar but pushes the interplay to more risk-taking extremes. But other pieces fail to keep that interplay and the whole of this trio sounds far less meaningful than its separate parts, and Kenan Ofri, Fried and Jones do their own things with no memorable sonic events.