Polyorchard is a collection of musicians with a strong desire not only to explore improvised and free music themselves but also - and this is important- to encourage others. Their aim is to explore different musical areas. They may form small ensembles or large collectives and since its inception in late 2012, the ensemble has performed spontaneous compositions, works by members of the group, and works by a variety of composers including Alan Courtis, Terry Riley, Alvin Curran, Eva-Maria Houben, Jacques Demierre, Magnus Granberg, Jackson Mac Low, John Zorn, and many more. Polyorchard has collaborated with a diverse array of artists including Japanese noise legend Merzbow and ensemBle baBel from Switzerland. Polyorchard has also implemented a program to commission new works specifically for improvising ensembles and has so far premiered works by Thomas Dempster, Andrew Weathers, D. Edward Davis, Will Redman, with more new pieces to come in the next few years. Polyorchard has performed on bills alongside Tashi Dorji, Dougie Bowne, Ken Vandermark, Nate Wooley, and many more. 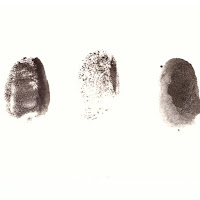 Black Mountain is a quartet of David Menestres on bass, Laurent Estoppey on saxes, Michael Thomas Jackson on clarinet and Dan Ruccia on viola and piano and is out now on Out and Gone Music. It is an ever evolving thing.

Track 1 'flux im mo -bi-lay/lie (In Memoriam Merce Cunningham) is a like climbing a sound mountain - something akin to staring an abyss in the face - and taking the plunge - full on, head first into annihilation thrumming bass, shouts and sax. All good so far. Track 2 ' non imaginary landscape' is a gentler start - for about 5 second before the group contrive to produce a plethora of interacting sounds, led by gorgeous lines for the viola over and under which the other instruments dip ,dive and weave to create a narrative which is driven by the grinding voice of the bass. Some very subtle interchanges occur where the sax line is forceful at the front but undermined by the searing, exotic notes of the viola piercing over the top. Track 3 '1st Milarepa Gatha' (1976) begins with woodwind, spacey and subtle before gradually the rest of the musicians add their dialogue to the conversation which ends up as a dynamic, evolving piece. Mid point is intriguing with deep bass notes echoed perkily by the viola which picks up the mid-note from the bass and takes its own little journey with woodwind adding their take on things as well. The final part of this track has bass leading with viola following in the spaces. Not only clever but intuitive as a chord is built and re-built, scaffolded by each instrument before. Track 4 'palimpsest' is created around undercurrents, each instrument setting out their own journey but gradually it all melds into a rather gentle helter-skelter, sliding up, down and around the root chord of the bass key. Quite lovely with as many rhythmic diversions as you can squeeze into a single track and the finale is excellent. Track 5 ' Dream Meditation 1.35PM 6/11/80 (1980)' is surreal, esoteric and atmospheric - strings maintaining a background song whilst the bass and other instruments wind up the atmosphere into a narrative interlude of colours, visions and strange landscapes. There is a beautiful section with deep ,moving lines over which the strings shift patterns in waves. The track builds in dynamics and intensity until the end section when the energy is pervasive, menacing and profound before it is taken down again to become softer, gentler and serene. Track 6 ' signal under study for removal ( For Liam O'Ghallager) ' begins with creaky, rasping sounds created on who knows what before instruments make their presence known and force their melodic way in. Very squeaky, atonal and not pleasant on the ear to begin with, this experimental and intriguing track of sounds sets the listener up for the melodic harmonies and rhythms which follow. First, the piano deftly adds little rivulets of melody, then the bass works up a storm and finally, everyone is in. The annoyance is banished and we are a band in every sense - with the sounds a part of the whole. What the track does is show how changing dynamics, different noises, not necessarily from instruments, can be used to create a sound picture which conjures up different visions with each listen - and creation. Even harmonies at the end add to the overall sense of searching in this track. Track 7 ' Free Gatha 1 (1978)' is free flowing, conversational and contains some great disparities of sound with string versus wood. The dynamics change on a pin-top creating waves of sound which echo and roll in order. The final track - a return to 'flux im mo -bi-lay/lie (In Memoriam Merce Cunningham) but without the vocal interaction is huge, loud and verges on exquisite. 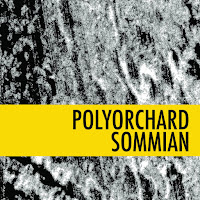 The second CD Sommian - also out now- see a change of line up and a quintet. This time it is Michael Thomas Jackson on clarinet, David Menestres - double bass, Crowmeat Bob Pence - bass clarinet, Charles Phaneuf on clarinet and Dan Ruccia on viola. Track one opens with intent, the bass string bending the line up for the sax and viola singing out over the top, the sound is deep, heavy, thrusting and evocative. The bass clarinet voice is heard under many sections and is the mighty shoulders upon which much of the sound rests across the track. The contrasts with the clarinet and viola lines adds to the wonder of the track as it develops. Track 2 is spacey, stutt notes adding atmosphere and short, sharp points of reference, which the bass clarinet picks and develops the middle tone into a riff of its own, over which the bass enters and bows and bends its way into a cavernous depth of sound. This is a track enjoyable because of the interactions going on, which are busy, vital and emphatic, each instrument seeming to want more of a say - and the sound voids are amazing. Track 3 is interaction extreme, complete with bells and whistles which builds, builds again and develops the sounds , each musician picking up those laid before them and combining the key notes to create diversions, intricacies and changes - outstanding. Track 5 is a gentler affair, the percussive, spacey nature contrasting with the blast of before, but wait, this grows, it develops, it builds, it follows a rhythm from the second third, the rhythm firmly set by bass and around this everything builds and the sound wall is created - until it ebbs again, the dynamism here is extraordinary. Track 6 is different again yet still with that group entity which pervades this CD - the musicians listen, they interact, they entwine and unravel again and again.

The CDs show how musicians who listen and want to explore can develop huge sounds - or small, delicate intricacies depending on what takes the moment. Both CDs have a dialect of their own but they are linked by that universal language - the desire to explore, challenge and make good free flowing music with spontaneity and intrigue. There is a sense of a tunnel into which the sounds are poured and what emerges the other end could be anything - or everything.

Check out Polyorchard on Bandcamp.