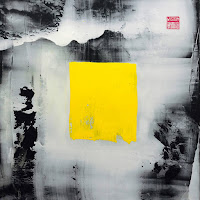 Bassist Anthony Shadduck’s new album presents itself with a kind of low-key humility. Aside from the nod to Free Jazz in the title, there’s a straightforwardness to the album that belies the depth of cleverness and delight hidden within. Of course, my “local boy makes good” spin on this album, recorded at and released by Long Beach’s own Big Ego, might be seen as a brag (only a bit), but I’m always keeping my eye on the SoCal scene, which is filled with magnificent players.

The first half, recorded with a first-rate quartet, features three covers (by Ornette Coleman, Paul Motian, and Chris Schlarb) and one original. On the opener, Coleman’s “Law Years,” Shadduck pairs pianist Cathlene Pineda and guitarist Jeff Parker on a radical re-voicing, doubling chords where Coleman often removed them completely. The group slows the tempo and lowers the fever, but Pineda and Parker are dynamite improvisers. Where Shadduck seems to be channeling Charlie Haden, Pineda provides a Don Pullen or Anthony Davis–like voicing, with drummer Dylan Ryan at times channeling Bobby Battle. If it sounds like this quartet is a loving callback to 1980s DIW and Black Saint/Soul Note sessions, that seems to be what’s happening here (which is meant as a compliment, naturally).

On the flip side, a double quartet goes full tilt on a pair of uptempo swingers. The lineup has Shadduck and David Tranchina on bass, Danny Frankel and Chad Taylor on drums, Alex Sadnik and Phillip Greenlief on woodwinds, and Kris Tiner and Danny Levin on brass. Shadduck has the writing credit for “One” and “Two,” but, as with side one, it’s his subtle direction on the improvisations that gives the pieces their structure. The tracks are brisk, totaling 20 minutes, but there is room enough for each player to take centerstage. And really, that’s the most notable element. Shadduck’s been leading a Ornette-inspired double quartets for nearly a decade , so he has a clear vision for how to arrange and balance these groups.

Available on limited-edition vinyl and digital at Bandcamp