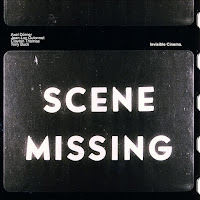 German trumpet-player Axel Dörner is a man with strong skills and comparable courage and vision. He is not afraid to cross boundaries, pushing them further to sonic places where many are afraid to venture, let alone listen to. Not everything is successful, but that is the price you pay for adventure. You can't find new and distant planets with every space journey. On this album he performs with French altoist Jean-Luc Guionnet, who is possibly an equally daring explorer as Dörner. Australian Clayton Thomas plays double bass, and he and Guionnet were part of the "Ames Room", the now defunct trio with Will Guthrie on drums. Thomas also released an album with Dörner in 2009. The drummer on this album is Tony Buck, also from Australia, an equally strong explorer who performed and recorded several albums with Dörner already.

So when these four guys met for a live performance in November 2007 in Berlin, the stage was set. The venue was the Lichtblik Kino, a cinema theatre with a capacity of 32 people, and to assess the applause, I don't think the room was filled to capacity.

Nevertheless, the attending free improv afficionados got what they came for: two lengthy improvisations - here delivered in four parts - of unexpected sounds that mix and merge and create new live, somehow like the first molecules in the primordial sea did to create the first living organism.

Like with these organic molecules, sounds are reduced to minimal elements, individual notes produced with a certain quality or timbre, and they blend or contrast any other sound that is produced,  from the same instrument or from other instruments. Together, they progress, develop and cling to each other to form something new, something bigger than the sum of all these parts. The live created here is both esthetic and emotional: the carefully crafted sounds are hesitant and fragile in their interaction, shying away from each other or rejoicing in their mutual discovered intimacy. The pace is slow and unhurried, as if time is not an issue, or even to the contrary, the slower the process, the deeper the sonic connection. And what you hear may sound somehow vaguely familiar: the chattering of night creatures, the rumbling of an earthquake, the gurgling of water, the howling of the wind, the far tones of a fog horn, or strange industrial noise ... it's hard to put your finger on it, because it is all of this and nothing of this. It's only in the long last piece that rhythm becomes explicit - mesmerising and trance-like - and momentum increase with short wailing tones from the slide trumpet wriggling itself from the darkness of the other sounds.

But there is no question about it: whatever is created, it's very much alive.