Despite the simplicity of the line-up, the variations are endless, as is testified by the albums reviewed here. Four trumpet-drums duos, four completely different styles and totally different listening experiences. 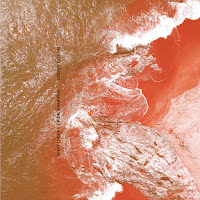 Drummer Whit Dickey and cornetist Kirk Knuffke bring their sophomore album, after "Fierce Silence" from some years ago. Knuffke seems to like small settings, with pianists (Harold Danko, Jesse Stacken, Karl Berger), reedists (Ben Goldberg), bassists (Michael Bisio) or drummers (Mike Pride, Whit Dickey), but with each of those other musicians, the music is different, from modern jazz with traditional influences to free outings such as this one. Despite my joy of listenting to Knuffke's playing, his music is not always the right fit for this blog, but this one surely is. Dickey is the initiator of much of the music here, offering the intro, with his typical lyrical open-ended playing, creating implicit rhythmic foundations for the horn to add the melodic element. Both instruments use the full sounds they are intended for: straightforward and authentic, direct and warm. Yet the music isn't. It's meditative at times, soaring at others, playful or with a deep moaning sound. Never violent, always intimate and fresh. Always free.

A great sequel to a great predecessor. 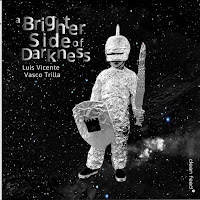 Even though this album has been reviewed before, I can only recommend it again. Despite the fun artwork, the music is dark. It emerges from nondescript and weird sounds emanating from both trumpet and drums. Vicente and Trilla treat us to a wonderful exploration of deep darkness and its emotional equivalent. At the same time, there is no element of doom in the darkness, but it's rather an element of surprise or quiet exploration that drives both artists forward. On the first track, Trilla manages to give a clock-like tempo, with dark industrial rumblings and piercing cymbal strikes, all at the same time, while Vicente delves deep into the rawest and darkest tones of his instrument. They create a fascinating sonic universe that evolves slowly and unhurriedly. It is at the same time intense and intensely beautiful. The aesthetic listening experience is unique, and possibly explains the album's title: despite the darkness of the sound, it shines brightly.

The liner notes describe the music well: "They found the Absolute, the invisible Other, in the music itself, the same way Aldous Huxley did and made this novelist write that «after silence, that which comes nearest to express the inexpressible is music»".

What more can I say? 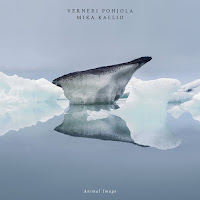 From dark outer space, we move to the white landscapes of Finland, with its snow and its animals. The music, created by Verneri Pohjola on trumpet and Mika Kallio on percussion was originally made as the soundtrack for a documentary on the "intimate relationship between man and animal". You can watch a moment of this documentary on the video below. It is not your usual David Attenborough kind of nature movie, but a more poetic version, one that needs this kind of free and unbound music to reach its full effect.

I can imagine that the north of Finland is a daunting but beautiful place, where cold austerity, barrenness and life find a harmonious existence nevertheless. Pohjola and Kallio create a soundtrack that can stand on its own. You almost don't need the documentary to experience the vastness of the space, the mystery of life, and the hard to understand relationship between everything.  Even if most tracks are meditative, there is joy and playfulness to be found too, as in the short "Foxplay", or in the musical representation on the preying flight on "Goshawk's Dream". On the other end of the spectrum, you have the track called "Man" which starts more menacing and dark and ends with some of the most bone-chilling moaning trumpet sounds you will hear this year.

The album ends with the title track, which evolves from a dark and ominous gong sound to almost jubilant and optimistic multilayered sounds. 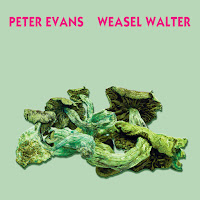 You can forget about the beaten track. Don't think about meditative moments or organised structures. You get sonic madness, but sonic madness with skills and artistic vision. There is not much you can do as a listener: either you are willing to succumb to an avalanche of sometimes painful sonic bites, or you run away as fast as you can. It is poisonous. Extremely poisonous. They push the limits of what is auditively tolerable. There are moments when drum sounds are recognisable, as are trumpet sounds. Some tracks consist primarily of noise generated by both instruments, with some vague - but very vague - traces of the original instruments left, because the only thing you can hear are dense waves of rolling and revolving sounds. What is happening here? ... is a thought that often comes to mind. I never managed to listen to the entire album with headset and closed eyes. Maybe I should have, but the question is whether such exposure to this level of toxicity would be advisable, or strongly recommended against because guaranteed deadly.

For sure, this is not "The Boring Duo Live At Who Fuckin' Cares". Fasten your seatbelts. Prepare yourself for a crazy ride into a very dense high energy musical hallucination.

And watcht the video: it's also something else ...