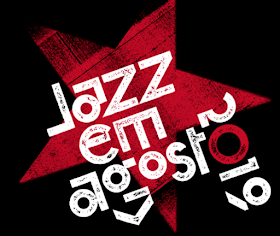 There could not have been a more apropos artist opening this years "Resistance"-themed Jazz em Agosto festival than Marc Ribot. His latest album, Songs of Resistance, is a self proclaimed soundtrack for the troubles of our times. For the album, the guitarist arranged songs from the American Civil Rights movement, from Italian opposition in WWII, and his own original songs, pairing them with singers like Tom Waits, Steve Earl, and Fay Victor (among others). Live, he's taken over the signing and weaves the outrage around a amalgam of rock, Latin, and searing folk. When Ribot emerged alone, for the third encore of the evening, one could be pretty rest assured that the show went over pretty successfully. But what had the audience heard?


On one hand, there were the words. These were serious - or at least the message was, even as the texts vacillated between brutal earnestness and dripping irony - and they were urgent. "A madman pulled the trigger / Donald Trump loaded the gun", spoke/sang Ribot in the solo final encore rendition of his song "Srinivas", detailing the murder of an immigrant, an engineer starting a life and family in Austin, Texas, shot dead by someone screaming "get out of my country."

And on the other hand, there was the music. Contrasting density and light, folk and rock, rough hewn rhytmns and the polished melodicism of Jay Rodriguez's saxophone, the music successfully ran the gamut of Ribot's stylistic oeuvre. The guitarist was beset with a technical glitch of unknown origins, and when replacing his amp following the first song did not alleviate the issue, he switched to the more amplified acoustic sound allowed by his hollow body. The switch didn't hold him back, and perhaps it even helped a bit. His sound became even more direct and sharp as he peppered the songs with his identifiable sound. At times, he reached the intensity where, at least I think, he is at his best: on the edge of perspiration and utter chaos. The only thing one (such as myself) could have wished for was a little more guitar, a little longer with the solos, before coming back to the songs. The band was without reproach, Ches Smith on drums, Reinaldo De Jesus on percussion and Brad Jones on bass were ferocious, whether they were playing stomping rock or lilting Latin. They had a lively showcase as well during the extended montuno at the end of  the acerbic "Fuck La Migra", a protest song referencing the Immigration and Customs Enforcement (ICE) aggressiveness under the Trump Administration.


But again, it's hard to talk about the music without coming back to the lyrics, which were at the heart of this music, which was really a vehicle (a nice one) to help express the current political situation as Ribot sees and feels it, which he succinctly presented in song "my country is a little fucked up right now." The center piece of the set was an extended tone poem that he had written, a playful twisting of words and meanings delivered with dramatic panache and a sense of irony that simultaneously underscored and undermined the words. Perhaps meant to peel back the ridiculousness of abusive power and to encourage awareness, perhaps meant to entertain and tickle the brain, or more likely, both, the words, delivered over Jones' walking bass lines, was an inspired romp through a field of flowers and thistles. The audience was enthralled, they hung on each word and clapped enthusiastically after songs, and gave standing ovations after each encore. By the third and final encore, I think the whole audience was standing.

Look at this, the show was so good that I forgot to set the scene ... my first night of many here at the Jazz em Agosto and the 'specialness', a word that several veterans of the concert had said to me beforehand, quickly became clear.  The Calouste Gulbenkian Foundation operates in a seemingly dreamlike way. Ensconced in its own lush park setting in the middle of Lisbon, the foundation, set up by eastern European immigrant and businessman Calouste Gulbenkian in the years after WWII, contains two art collections, supports the arts and science, maintains the park which is open to the public, supports a world class orchestra and choir, and of course, organizes and hosts this jazz festival. This particular concert was held in the outdoor amphitheater, surrounded by trees and vegetation, lit up in hyper-real aqua blues and rich reds, which was striking against the deep purple night skies.

A more than promising beginning to a festival from a foundation whose expressed mission is "to improve the quality of life through art, charity, science and education."

See the program here and learn more about the foundation here.