Recent release from Israeli sax hero Albert Beger and his quartet, and the debut release of one of his students’ free-improv trio GOG. 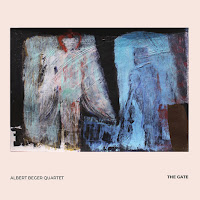 The Beger Quartet is Beger's most stable outfit with recording career of about 25 years, featuring a generation younger musicians - pianist Milton Michaeli, double bass player Shay Hazan and drummer Ofer Bymel (who replaced Adam Cohen and recently was replaced by Hagai Freshtman, who collaborated before with Beger). The Gate was recorded in the summer of 2017 in Afula, Israel.
Beger, asu usual, wrote all the compositions for The Gate, but now opted for more introspective-spiritual vein that represents his deep connection with the Afro-American free jazz forefathers. Beger himself is a long-time yoga practitioner and vegan and the six compositions reflect his own perspective of jazz music as a gate to better realization of the self and its virtues of compassion. Beger’s tone - on the tenor sax and Japanese Shakuhachi bamboo flute flute, identified with Zen Buddhism, is still charismatic and muscular but emphasizes more than ever his contemplative side, avoiding immediate ecstatic outbursts, and seeking a cohesive and strong quartet sound. And indeed, Michaeli, Hazan and Bymel are following his lead closely and adding rich yet modest focused, nuanced layers to Beger’s ideas.

The main pieces, “Zen” and “This Is It”, stress this patient, persistent and almost meditational-ritualistic way one seeks a deeper understanding of his art and true self in the art of the moment. This way is achieved by a generous sharing of your resources, by building together the necessary power for such an intense journey and with emphatic support until reaching the inevitable, liberating emotional climax. The silent and meditative “Shakuhachi impro”, for solo Shakuhachi, injects subtle Western playfulness to the whispering tones of the flute. The last piece, “Silence”, brings the Shakuhachi into a sparse free jazz atmosphere in a manner that offers a new ceremonial experience, suggestive and emotional. 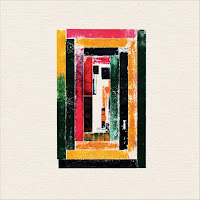 Something on a Thin Rope is the debut recording of the Israeli, Jerusalem-based trio GOG, featuring cellist Tom Klein, a former student of Beger whose cello is connected to assorted pedals and laptop, synthesizer player Amit Biton and drummer Stav Lipitz, all former student at the local music academy. This free-improv aimed at distancing itssound from the jazz legacy, exploring raw sonic ideas but still flirting with strong melodic veins, just like walking on a thin rope. This album was recorded in Jerusalem in August 2017.

This post-jazz, electro-acoustic trio offers a postmodernist pastiche of sounds, rough noises and expressive colors that never takes itself too seriously (“Veggie Dentist”), often suggests clever and ironic criticism of the Israeli daily noisy and chaotic environment (“Wedding”) and is not shy from being openly emotional. The best realized pieces are the few coherent ones, when GOG doesn't attempt to juggle with too many elements, as the cinematic-mysterious “Last snare”, the fragmented, electronic beats of “Shame/Parade”, “Bonbonim,” (candies) that flirts with West-African rhythmic cycles, and the straight-ahead yet minimalist, spacious and much less dramatic cover of Bjork’s “All is full of love” with Palestinain vocalist Luna Abu-Nasser (drummer Lipitz plays in her band).