Bruno Duplant is a self-taught composer, phonographer, bassist, and altogether 21st century renaissance man from France. Like many others of his generation, he is a relentless audial explorer and documentarian, and over just the past few years has more releases in more genres and on more labels than one can reasonably keep track of. (This impulse to document may bleed over from the other side of his life as a library sciences teacher.) Unlike some of his peers, however, his releases are not just the product of obsessively recording live sessions. Instead, Duplant seems to have a more concerted program. Per his own testimony, even his field recording releases are thoughtfully composed. And, his electro-acoustic and pure acoustic compositions are meticulous and delicate soundscapes, feedback and frayed edges included. 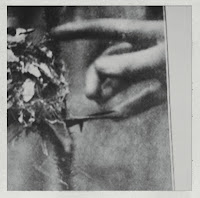 It has become a cliché, but, first and foremost, Duplant is a pupil of John Cage. For him, “ Everything is music. We just have to open our windows .” I have always been ambivalent about such claims. On the one hand, I am drawn to them cognitively. On the other, they can give license to careless, shoddy reproduction of sound that can alienate the listener from what should be a filtered, refined experience. Fortunately, Duplant has a well-trained ear as well as a developed compositional sense. He does not simply open his window or lay a string of notes side by side. Instead, he gathers and composes, or as he puts it “orgnanize(s) chance.” Take, for instance, the pair of realizations on Deux Songes (Les Jours Sont Faits Pour Expliquer Les Nuits). Performed by the chamber ensemble Ordinary Affects, these compositions lay certain restrictions but the performers dictate the result within those confines. Ok, maybe this is nothing new conceptually, particularly in our post-postmodern present. Still, the results are potentially limitless and, in this case, quite beautiful. Both the realizations of “un lieu des souvenirs” and “le rêve de la nuit” are spacious but also full; they are similar, but hardly interchangeable. Wisps of strings waft through carefully assembled soundscapes. Extended tones scrape and quiver. A Fender Rhodes pulses. Sounds layer, but rarely beyond couples or trebles. Then, there is silence. Silence separates the brief movements of the piece and, in a sense, becomes the leitmotif. 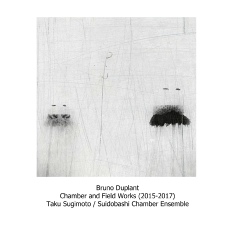 Another exploration in chamber dynamics, Duplant’s two-disc Chamber and Field Works is presents a markedly different listening experience. It involves rich drones and elongated, ascending melodies rather than lowercase whispers. The first disc is comprised of pieces composed between 2015 and 2017 and realized by the Suidobashi Chamber Ensemble (including the great Japanese minimalist visionary Taku Sugimoto). The second consists of one, long track titled “lEttEr to tAku,” a series of spare guitar tones layered over field recordings of the outdoors reworked and conscientiously juxtaposed. I find the first disc more fulfilling, though the second offers a clearer entrepôt into the pacific, pastoral imagery that underlay the chamber compositions. In that sense, this is an expert, classic record-styled pairing of a gripping a-side balanced by a more cerebral and challenging b-side split over two discs. 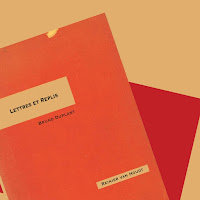 Lettres et Replies , Duplant’s collaboration with Dutch pianist Reinier van Houdt, is a further departure from the long tones and timbre studies of Deux Songs and Chamber. And, for reasons I cannot quite identify, it is absolutely stunning. The composition process is unconventional, as Eyal explains in his review . Crudely put, it seems that Duplant writes the pieces and, it seems, constructs the background field recording, while Houdt provides the second line of composition and, ultimately, the realization. Duplant composes the letters, and Houdt performs the reply. Again, conceptually this may not be wholly unique, but Duplant’s recognition and embrace of this process has at least opened channels of communication and understanding that allow the performer, Houdt, to deftly chart his own path through these lettres. Houdt’s playing is mesmerizing. He alternates between soft and hard strikes, and reconciles dissonance and sonority in a dreamy musical ether. At its most mellifluous, it is just shy of saccharine, in part because of the added dissonance and the pulsing layers of sound. At its most discordant, it is listless, though still quite sweet. Deceptively simple and utterly beautiful. 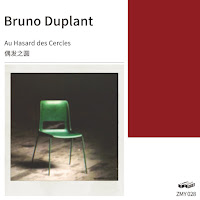 A fourth album highlights yet another side of Duplant, and perhaps that for which he has gained the most attention: electroacoustic soundscapes. Au Hasard des Cercles poses a deeply textured narrative of distant, glimmering ringing, haunting ambient sounds, and muffled, but thunderous percussion. Cut into two 16-minute tracks (presumably to conform to its tape release), this album is a wandering exploration of sonic textures wherein every sonic movement and turn uncovers a new surface, element, or contour. The music has gravity but abandons the apocalyptic and melodramatic tendencies of similar projects in favor of mystery. For those familiar with such music, there is little here that will shock. And, as meticulously compiled as this album is, it never breaks into new territory. That said, this is a solid release. And, as with the best of its ilk, this is an album that pays dividends with the volume turned up and the ear attentive, even if one lets his or her attention periodically wander.