Earlier this year, we were already treated to solo bass albums by Damon Smith, Nils Bo Davidsen and George Kokkinaris, but there are more of course. Not that we like to be completists, but on the other hand it's good to share some other new solo bass albums. Tastes and styles vary, so why not mention what we know? 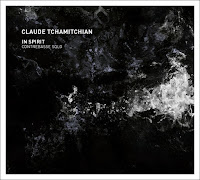 French bassist Claude Tchamitchian may not be very known outside of France, but his influence has been important, not only because of his collaborations with every leading jazz musician in France, but also because his "Emouvance" label offered opportunities to musicians who couldn't find other places to release their music, such as Raymond Bon, Daunik Lazro, Michel Doneda, Stéphan Oliva and others.

This is third solo album, after "Jeux d'Enfants" from 1992 and "Another Childhood" its sequel from 2010, with the childhood theme also reflected on this album on the track "In Childhood", emphasising the innocence and simplicity of a solo instrument's personal view of the world.

"In Spirit" is an absolutely fabulous solo bass album, offering four lengthy improvisations, on which he alternates between pizzi and arco. The pieces develop slowly, allowing for the time to develop ideas and concepts, sometimes resulting in moments that are wonderful, mesmerising, repetitive, haunting. At first listen, some techniques appeared hard to understand, and I thought he used overdubs to create the multiple layers of sound, but as you can see on the video below, this is the result of using two bows, one under and one on top of the strings. His technique is baffling at times, but so is his music. It is 'deep' if that word can be used, striking both physical and mental chords of resonance in the listener. It is focused, structured and free. It can be dark, melancholy and uplifting at the same time.

In short, it is an album that can stand on its own musically. The fact that it's only performed on bass is almost irrelevant, if it were not for what the instrument can do in Tchamitchian's magic hands. 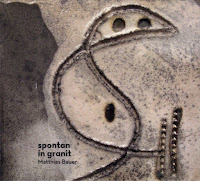 Veteran German bass player Matthias Bauer, brother of the trombonists Connie and the late Johannes,  gets the opportunity to showcase his musical and instrumental vision in eighteen short improvisations. Bauer has performed with artists such as Sven-Åke Johansson, Ernesto Rodrigues and Bill Dixon. "Spontan In Granit" is one of his first albums as a leader, and it is a great testament to the love of an instrument. Interested readers may find a video with the same name on Youtube, and on which he performs like a statue on a pedestal, yet the music on this album does not ressemble the video at all. His performance here is more contained, gentle and precise, as if every note counts. It is actually the opposite of the exuberant and loud video performance. Bauer's other projects often include an expansion to other forms of art such as literature, dance and theater, with a strong presence of the human voice. This we don't get here. He makes abstraction of all that, reducing music to its bare essence, doing away with most musical concepts and idioms with the exception possibly of the bluesy "n°11". We hear just the man and his bass. And that's all we need. 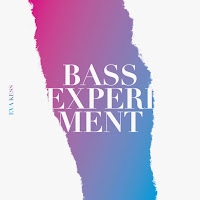 German bass player Eva Kesselring actually performs with the name Eva Kess and lives in Switzerland. She started her musical career while living in Brazil as a chiled, and when she went back to Europe as a ballet dancer and classical pianist in Bern, Switzerland, she switched to double bass, taking lessons from amongst other Larry Grenadier.

Her two previous albums can be catalogued as modern jazz, with solid compositional structures and ditto performance, but for her then to come with a fully improvised solo bass album seems a major leap. To make things more complex, she joins herself on wordless vocals, which may be something of an acquired taste. Her playing is often very close and intimate, especially when playing pizzi, yet she's not afraid to go into much wilder territory, usually on arco, as on the bewildering "Change is the Only Constant". Her 'bassexperiment' unfolds like a personal journey into the essence of her instrument and her music.

She clearly has the skills, the guts and the vision to take her music beyond the beaten track. Let's hope we hear more of her adventures soon. 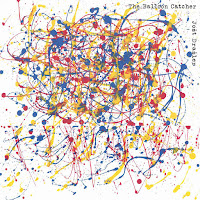 Jošt Drašler is a Slovenian bass player, who studied at the Regional Conservatory in Klagenfurt, Germany. On "The Balloon Catcher", he explores the possibilities and the limits of his instrument. Over the last decade, Drašler has been a bass player highly in demand by other Slovenian jazz bands, including with percussionist Zlatko Kaucic. This album is much more in the territory of free improvisation, with quite dense and intimate playing, quite restrained and pointillistic, as if he is out there on his own, co-creating with his instrument, unaware and unconcerned by an audience. 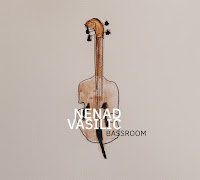 Serbian/Austrian Nenad Vasilic's album immediately immediately resonates because of its power and precision. He is possibly best known from his Nenad Vasilic Balkan Band, an ensemble that brings a wonderful fusion of jazz and balkan folk music. He also released "Yugobass" and "The Art of The Balkan Bass", two solo albums before.

On this solo album too, both genres of jazz and folk blend beautifully in the melodies, the typical harmonies and rhythms. On the second track he uses his instrument even for percussion, as the intro for an uptempo composition. Vasilic has the incredible attitude of never once hesitating or even thinking to explore new things: he just does them, with full determination and oblivious of the consequences. Sure, not all the tracks are improvised, but the result is stunning, masculine, physical, technical. Even his arco playing has a rare combination of physical power and refinement.

On "Burning", the strings are half muted, resulting in a strange sound, with lots of percussive elements for this almost rock 'n' roll piece. On the other extreme, you have a pizzi rendition of one of Bach's sarabande's for cello. Even if variation is good, these demonstrations of technical breadth reduce the unity of the album somewhat. 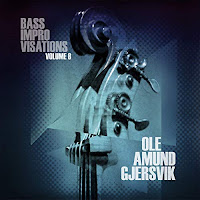 Norwegian Ole Amund Gjersvik releases his eighth solo bass album, gently exploring the possibility of creating little stories on his instrument without straying too much from the expected bass sound. It is on the arco pieces that he really manages to capture the interest, as on the melancholy "Improvisation n° 117" or the wayward "Improvisation n°119". Influences from classical, jazz and folk can be heard. 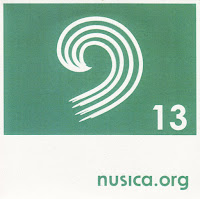 Italian Allesandro Fedrigo plays acoustic bass guitar on this album, his second solo release already. Most pieces are relatively calm and even uneventful at times, playing some of his earlier compositions for the ensemble's he's active in, alternated with improvisations. During the latter, he dares to take his instrument well over the edges of convention, using extended techniques to create unusual sounds, ranging from amazingly precise arco sounds to raw noise. Unfortunately, these moments of exploration are very limited.