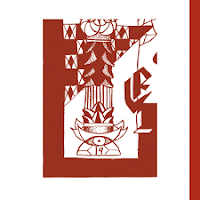 Up to now Petter Eldh has mainly been known as a sideman in projects like Christian Lillinger’s Open Form For Society and Gard Nilssen’s Acoustic Unity or he has played as one among equals in ensembles like Amok Amor and Punkt.Vrt.Plastik (just to name a few). Koma Saxo, however, is his own project. It showcases a musician who displays a pronounced sense of style, a focused composer and band leader obsessed with a true sense for hook-lines and crazy rhythms. But when the band throws the rhythmic and harmonic framework to the wind, you can feel their energy in your bones. Rooted in postmodern hipster jazz, in the music of the New York downtown scene (e.g. the first Lounge Lizards album), and Berlin’s current musical multiculturalism Koma Saxo is pure fun. The music of the band oscillates between virtuoso art punk, acoustic drum'n'bass, funk, free improvisation and new music. And yet it’s always clearly a jazz album.

“Koma Tema“ echoes 1990s drum’n’bass, “Slakten Makten Takten“ quotes hiphop, “Kali Koma“ has a pure funk riff at its core. On “Ostron Koma“ the three horns create a theme reminiscent of the fusion albums of the 1970s (say Mahavishnu Orchestra or Billy Cobham), which Eldh foils in the lower registers while the drums manage to find a whole universe in between. Consequently the band covers a piece of that era, Matti Oiling’s “Cyclops Dance“. However, they convert the pinball monotony of the original into an organic free bop stomper. The track is a perfect example of the fact that the heat of Koma Saxo’s music doesn’t come from mechanical loops, but from the possibility to do whatever they want whenever they like: groove and improv flow into each other, sometimes a brusque gap separates them.

At the eye of the storm Eldh’s hard, crushing bass always provides orientation. The fact that this music blazes so brightly is mainly the merit of excellent musicians. Otis Sandsjö paints textures and spreads overtones with his circular breathing on the tenor saxophone. He’s augmented by Jonas Kulhammar and Mikki Innanen, both also on saxophones. With Christian Lillinger, Eldh has today’s most exciting German musician on drums, even if calling him a “hand grenade with the safety off" in an interview might be a bit misleading. Lillinger is rather interested in clear lines and sounds, whereby he always puts himself at the service of the whole. After his many projects of the last year in which he was the leader, he said that he simply enjoys “just“ being a sideman. Apart from that, Lillinger often plays his drums with stopped sounds, fast, light as a feather, hectic, but always with a nervous swing to it.

Finally, Koma Saxo attach great importance to a transparent production, the way it is in hiphop. Eldh cut live recordings of the band from Helsinki into pieces, linked drum sounds to studio effects, and went back into the studio with the band. The pulse seeks the edge, the urban coolness remains perceptible in a structured chaos. Awesome album!

Koma Saxo is available on LP (in a red and a black vinyl edition), as a CD and a download.