Swedish pianist Lisa Ullén is a free spirit and a versatile composer-improviser with a singular vision. Some of her recent collaborations include one with long-time collaborator, double bass master Nina de Heney and another in a the trio with reeds player Johan Arrias and violinist Angharad Davies, both demonstrate, again, her unique vision. 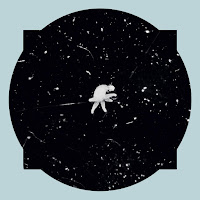 Ullén and de Heney Duo have been playing as a duo since 2007, soon releasing their first album, Carve (LJ Records, 2009), and later expanding the duo with like-minded innovative collaborators - vocalist Mariam Wallentin on More (Disorder, 2012), cellist Okkyung Lee on Look Right (LJ Records, 2013) and violinist Charlotte Hug on Quarrtsiluni (Lamour Records, 2016). The double-album Hydrozoa was recorded in two intense, free-improvised sessions done in the Haga Church in Göteborg in March 2017, one evening with a live audience, the other one without, and offers almost two and a half hours of music.

Hydrozoa refers to aquatic organisms, amazing in their diversity and in the complexity of their life-cycles, “swaying forms uplifting their tentacles in the vast wings of the surrounding oceans”. Accordingly, the improvisations of Ullén and de Heney attempt to sway in the vast oceans of tantalizing, delicate sounds.


The interplay is immediate, totally intuitive and free-associative. The ongoing, rich dialog between Ullén and de Heney streams with natural ease and organic, emotional power, allowing both to just let the music breathe and speak for itself, in its own reserved but highly poetic manner. Ullén and de Heney opt here for a minimalist, intimate and very quiet interplay that plays, shapes and sculpts the light dissonances and the elusive, abstract sounds. They often employ preparations, objects and extended bowing techniques that enable both to expand their range of sounds but also to sketch only the fragile contours of their imaginative textures, triggering, in their turn, evocative, seductive sonic visions.


Sometimes, the patient dynamics gravitate slowly towards an eccentric yet playful, song-like format, as on “Leatolina” or ‘Plumularia”. On other times, Ullén and de Heney simply court and spark each other as on the enigmatic- sensual “Athecata” and “Laomedea”, playfully exploring new timbral qualities and dynamics on “Trachylina” and “Liriope” or weaving surreal, dream-like textures on “Catablema” and “Aglantha”. There are countless, instantaneous-telepathic games that Ullén and de Heney play with each other, often sounding as one sonic organism that colors its constant shift of rhythmic pattern with a spectrum of light, melancholic colors as on “Thuiria”.


A true masterpiece of deep-listening free-improvisation. 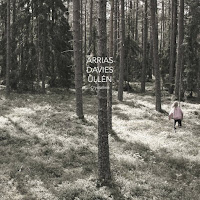 Ullén with fellow-Swedish clarinet and alto sax player Johan Arrias explored their options as a duo before deciding to invite Welsh violinist Angharad Davies in February 2014 to work as trio towards a concert at London’s Cafe OTO. The trio reconvened again in February 2017 for a residency and concert at The Gerlesborg School of Fine Art on the Swedish west coast, and again in September 2018 to record their debut album for Arrias label at the Atlantis studio in Stockholm. In the meantime Ullén and Angharad Davies have kept working together and released soon after the recording of Crystalline a duo album, 14.10.18 (OTOroku,2019)


All three musicians contributed compositions to Crystalline and all employ distinct preparations to their respective instruments. Ullén's “Undercurrent” sets the chamber, restrained atmosphere of this album, where the sparse and resonating, percussive touches of Ullén's piano blend gently into the ethereal breaths of Arrias’ clarinet and through the light, overtones of Davies and all flow together in a delicate and transparent stream. Davies’s “Rydal Mount'' suggests an abstract drone, sketched by her careful bowing and plucking of the violin strings. Arrias’ two-parts of “Rituals” offers a more physical and tensed interplay where his extended breathing techniques create lyrical, darker undercurrents. The improvised “Etude” deepens the close sonic experiment of this trio and the last “Coda '' offers playful, emotional comfort.