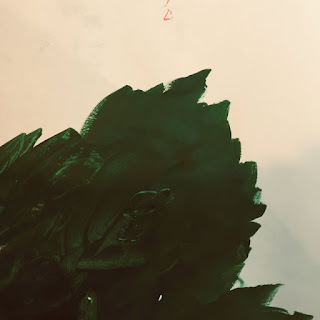 Hermione Johnson is a classically-trained pianist, composer, and free-improviser from Auckland, New Zealand, who focuses on extended and prepared piano techniques. She investigates the timbral qualities of the piano and expanding its range of voices with contrasting patterns and phrases in different registers. Johnson not only explores the highly resonant, percussive qualities by attaching objects to its strings but she inserts tiny sticks at diverse angles between the strings - as can be seen in the attached video clips - and by caressing gently this ticks transforming the piano into an altogether new delicate and ethereal entity. She is a key figure in the New Zealand experimental music scene, moving freely between genres. She plays piano for ballet classes and pipe organ for the Methodist church, synthesizer solos as Ogadon, and in the duo Drorgan with drummer Ben Holmes. She composes music for films, theater, and dance, and has collaborated with such innovative musicians as Peter Brötzmann, Magda Mayas, The Thing, and Jon Rose.

Kevin J. Riley, the producer of Relative Pitch Records, witnessed Johnson’s fantastic performance at the 2019 edition of the Austrian Music Unlimited Festival in Wels (as did I. Again, check the video clips), where she was invited to play by curator Mayas, and initiated this recording that enriches Johnson’s slim discography. Johnson plays solo prepared piano, with no overdubs. Tremble was recorded live on two occasions, at Auckland Unitarian Church in June 2019, and at the Audio Foundation, Auckland, in September 2019.

The poetic titles of the six pieces suggest the essence of the ambiguous sonic territories that Johnson visits. She turns the prepared piano into a twisted version of the Indonesian gamelan orchestra but avoids the repetitive, cyclical patterns of gamelan music and lets her musical imagination run free until the polyphonic, gamelan-like sounds clash joyfully with each other. On “Swallowed Hand” she caresses the tiny sticks and employs the piano as a musical box haunted by mysterious, ethereal entities. “Chuck” turns the prepared piano into a provocative blend of harp and koto, triggering gentle clashes of keys and strings. Johnson uses the piano on “Papered Thigh” to create a series of distant but meditative, bell-like sounds. “Waving From The Shore” offers an atonal thunder of metallic sounds of the prepared, hammered strings, some sound as an alien version of the Brazilian berimbau.

The 28-minutes title-piece is an evocative dreamscape. At first, Johnson plays the prepared piano as if she is orchestrating the liquid sounds of raindrops, and later she even accompanies these fragile, dream-like sounds with the ethereal humming whispers of the vibrating sticks. Johnson allows these delicate sounds to float gently at the Audio Foundation space while weaving these enigmatic sounds into a truly mind-expanding sonic experience.

One of the best albums of this strange year. Hermione Johnson is one of a kind.