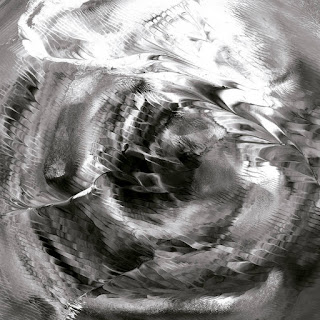 We are living in a sad moment in time
Discourse is too often framed in anger
Obtuseness, belligerence and intolerance prevail

Freedom is an artefact
Have things really changed so much, so quickly, will they ever be the same again?

We shall endure this Season of Sadness
Because our music speaks with respect, it does not discriminate
We open our hearts and share all that is in
Forever equal in the moment

Nobody in free improvisation puts together more sympathetic bands than Frode Gjerstad. I have no idea how many times I've seen or heard a new Frode project and thought “my God, he brought together exactly the right people for this!” Whether it's a skill or a gift or a combination of the two, I don't know. But he is the best; of this I am certain. Enter Fred Lonberg-Holm and Matthew Shipp. The words above by Gjerstad frame the music on this recording, and although both Lonberg-Holm and Shipp can be playful & humorous, their music isn't afraid to tread down dark alleyways of the heart and mind.

Heavy, block chord piano bangs, cello creaks, and clarinet squeals approximate the opening of the door of the haunted house that is 2020. (These guys KNEW!!) The tension builds as we cautiously move into its dark hallways and rooms. Goth kids and their monsters summon the shadowy power of cobwebs playfully, even as everyone contemplates the very real doom of our planet and species. The pizzicato rodent pitter-patter & bowed slithers from Lonberg-Holm run over Shipp's giant chord changes, conjuring up old German Expressionist films.

Clarinet and piano playfully explore the space once inside, sounding like a broken wind-up model of Preservation Hall. When Fred enters, the thing grows fangs and scurries around the front parlor looking for a victim. Frode brings poultry taxidermy to life & commands it to fly around the room, dodging cello arrows and ripped-out piano keys from his comrades as it weaves and dives. Very real moans and groans ensue as things become more desperate, the premonition of impending earthly doom now becoming more vivid. Fred and Shipp keep the old time horror film backdrop going admirably, setting up Frode (with Fred) to shriek like the lost souls of Galas Manor.

Three small sailors ride in a paper boat, floating in the kitchen sink. The water gets a bit choppy and the salty sea air mixes with musty cat piss basement. Somehow this inspires the best group improvisation of the session. Then the lights flicker and ghostly chattering whispers echo throughout the house. Rats attempt to outrun Lonberg-Holm Exterminators but fail miserably.

Naturally, it is time for an exorcism. Fred and Shipp begin with chamber music, which immediately goes “jazz” upon Frode's entrance. The ghost of Duke Ellington from “Big Mouth” appears briefly. What if you removed the pulse from the middle part of “Dazed and Confused” & let the bowed guitar fly free? Then when the whole band kicks back in, it's fire enough to burn the whole house down? Yep, dark stoner jazz, baby. Goodbye 2020 & I'm glad your house burnt down!

Thanks Nick - and Amen brother!