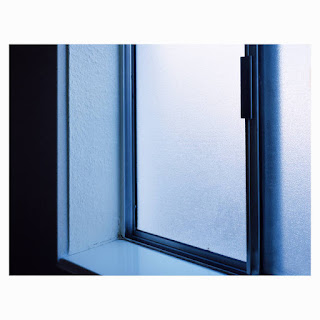 There is something to be said for patience, for allowing an artist’s work to blossom, not necessarily because the music “grows on you.” It’s more apt to say, with some albums it’s the listener growing into the music. When it comes to cellist Okkyung Lee—much like, say, harpist Zeena Parkins or trumpeter Peter Evans—there is an initial thrill upon hearing a new recording, followed by hours delightfully replaying, picking apart, and surrendering to it. In what ways joy and reckoning manifest largely depend on the album in question. Much like Parkins and Evans, Lee is a superlative musician, whose solo albums present myriad views of the player and her instrument and whose ensembles seem to have, over the years, ignited a renewable passion for reflection and redefinition. For, as light and airy an impression Yeo-Neun presents at first listen, there’s a heaviness to Lee’s newest album, as much an object to explore as it is a sonic work of art to surrender to.

The space within and around Yeo-Neun’s book owes much to the ensemble line up of Lee, Maeve Gilchrist on harp, Jacob Sacks on piano, and Eivind Opsvik on bass. The overlapping timbres of harp, piano, cello, and bass generate some plainly beautiful structures, suck as on the opening sequences in “Another Old Story (옛날이야기)” with Lee placing the quartet first in call-and-response duos, then stacking the voices, guiding them into a four-part improvisation. The stark melodies and timbral harmonics showcase Lee’s celebrated compositional gifts. Gilchrist, a Scottish musician who plays Celtic (or lever) harp, is a superb fit for Lee, who draws inspiration from Korean folk and pop, melding these musics with Western compositional tropes and free improvisation. With her wide-ranging work in Celtic, classical, soundtrack, pop, and folk music, Gilchrist’s harp provides Lee with a new sonic palette to draw from. On “Uiro (Up and Up and Up),” four lines move in counterpoint, with harp and cello knocking up against bass and piano. The fullness of Opsvik’s bass centers the album, especially when he’s paired with Sacks. Their duet on “The Longest Morning,” in which they are eventually joined by Gilchrist, is sublime. If there could be a standout on such a well-conceived album, it might be this one, which, like “In Stardust (for Kang Kyung-Ok),” contrasts a traditional Western melodiousness with a so-called avant-garde solo section. It’s not only that the contrasts exist but how they are connected that make these tracks particularly special.

What may be thought of as an inherent clashing of ideals is resolved by their mutual embrace, forcing a reframing of assumptions. It’s a space where Lee and Opsvik both have spent a lot of time, and the foregrounding of both cello and bass in the mix is viscerally thrilling. Yeo-Neun is, perhaps, Lee’s finest ensemble statement to date, and this quartet provides one of the best transitions between her extensive solo catalog and ensemble recordings. For all the reflective, autobiographical passages throughout her discography, the emotional openness presented here is powerful. And set to a music that subtly unpicks all the assumptions about what’s melody or harmony, what timbres are traditional or acceptable, what’s directed and what’s democratic or cooperative. These are the ways in which a listener gradually crawls further and further into the music, exploring the unanswered questions posed by this album. In all its 40 minutes, there are few moments as affecting as the final 10 seconds of “Then, There (그때 그자리),” the near-silence of the instruments fading away, the notes balanced as on a harmonic seesaw—precise, yet precarious.

Or, order through your preferred brick-and-mortar shop.