Ayler Records is Back (Part 1)

This is part one in a two-part series. The second installment will run in a few weeks.

Ayler Records is back. After an encomium here on FJB and a year of inactivity, the label returned in 2020 and, since then, has already released six albums, with a couple more in various stages of production. Simply put, the label picked up right where the label left off, almost as if there were no hiatus at all. Much of the recent releases are not really jazz or free jazz, though they all lay somewhere on the musical fringes. Taken together, these releases point to interesting and unpredictable things to come for a label that has become increasingly dedicated to documenting a truly eclectic French scene, with, in a nod to Jan Strom’s original project, the occasional American release to keep things fresh, rooted, and trans-Atlantic.

Here we go, from the top. 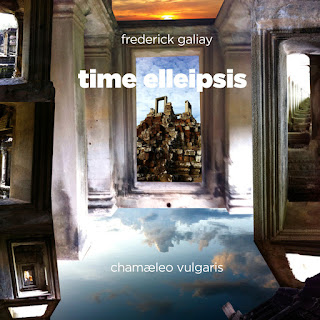 Time Elleipsis comes across as a Theravada-inspired suite, wherein each track covers one section of an epic narrative of creation and destruction, or, at least, the return to such ontologies through ritual. Frederick Galiay is the director, composer, and bassist, and is joined by a line-up that, in their somewhat heavy instrumental arsenal, speak to the doomy art-rock that follows: Antoine Viard on electrified baritone saxophone. Jean-Sébastien Mariage on electric guitar, Julien Boudart, analog synthesizer, and Sébastien Brun & Franck Vaillant on drums acoustic and electronic percussion sets.

What unite Time Elleipsis are the persistent dark aesthetics frequently resting upon an undulating, engine-like thrump. Over this, heavy progressive metal drumming gives way to slow, hazy spacious environments informed by Galiay’s 2019 residency in southeast Asia. Glitched out distorted guitar shines at points, but, despite some violent thrash, is only able to break free from the ambient bass and synth morass for a few minutes at a time. Then, the beautifully dark guitar, plucky electronics and multihued drone seep to the fore. Admittedly, the drum-forward sections and guitar contortions are some of the most attention-grabbing. The potency of this release, however, resides more in its plodding gravity and the ways in which its focus on tonal decay and refraction contribute to a sense of suspended time. A sleeper hit from 2020.

Pinkish Black and Yells at Eels – Vanishing Light in the Tunnel of Dreams (Ayler, 2020) 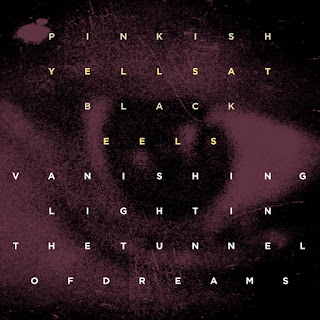 I am a big fan of the González family and, really, everything they have released on Ayler. With the dark psychedelia of Pinkish Black, however, this is somewhat different from Yells at Eels’ previous classic free jazz reprise output. In short, I really dig it. Beyond those few words, I defer to Stef and his excellent assessment of the album from the middle of last year. 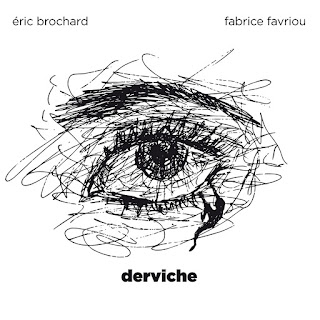 This one might normally be a stretch for the blog, but that is hardly a criticism. It is more of a testament to the way Ayler Records has opened itself from its early mission to archive clunky Scandinavian and American free jazz.

Derviche is conscientiusly repetitious and gradually accumulative. Brochard and Favriou’s loops repeat, layer, and distort for an entrancing 7-14 minutes, but feel like they could do so endlessly. What is more, it rocks. Rather than the jazz tradition, Derviche seems more at home among the slow, ritualistic doom of fellow Frenchmen Aluk Todolo, the distorted incremental punk-rock drone of Dead Neanderthals (especially evident in Sequence IV and V), and the progressive instrumental post-rock of Mogwai and Godspeed!. This album really grew on me and, if any of the aforementioned projects or Utech Record’s recent output are your thing, I highly recommend checking this one out. 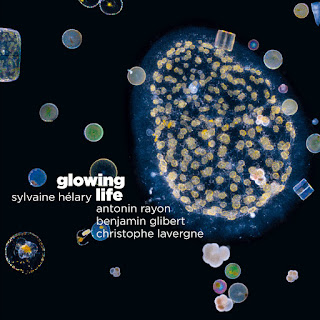 Ayler has been experimenting with less-conventional line-ups since Stéphane Berland took the reins in 2009. On Glowing Life, composer, leader, flutist, and vocalist Sylvaine Hélary is joined by Antonin Rayon on Hammond organ b3, Moog synth, piano, clavinet, Benjamin Glibert on electric guitar, electric bass, and Christophe Lavergne on drums. A perfect storm of musicians for a weltering of progressive freak rock fusion.

Somehow, I prefer this to Sylvaine Hélary’s deeply inspired Spring Roll|Printemps, which was conceived and recorded in response to the waning of the Arab Spring. Glowing Life has a stronger art-rock vibe, channeling, as the liner notes aptly attest, Henry Cow, Robert Wyatt, Arto Lindsay, and Stereolab. Add Zappa and whoever pioneered minimalist contact mic gargling to the list, and I think we are almost there. Naturally, there are jazz elements, but, again, this reaches far beyond that tradition. Hélary’s compositions are catchy and jumpy, and as much as the instrumentation drives the music, her vocals shine. Most of the lyrics are French and, therefore, sound sweet but inscrutable to me. The final track, Where It Begins, however, derive its lyrics from the PJ Harvey poem of the same name. What is not to like?