This review picks up a couple of guitarist-led releases from the latter half of 2021 that may not have attracted the attention that they deserve (at least based on Bandcamp sales). Both of the guitarists are active in the Portuguese scene, and both releases feature the bassist Demian Cabaud, like Subatin a transplant from Argentina. 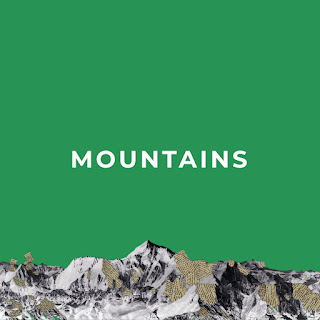 Mountains finds Javier Subatin building on a series of strong recordings in the past few years by joining forces with, in addition to Cabaud, Pedro Melo Alves on drums and, on several of the tracks, Joāo Mortágua on alto and/or Ricardo Jacinto on cello and Samuel Gapp on piano (the full sextet plays on “Shadows” and “Solo#5”). The tracks alternate between shorter group improvisations and longer compositions by Subatin in a pattern found elsewhere in (mainly Portuguese?) jazz recordings ( Cabaud’s latest being another example ). Some are noisy and chaotic (“Mountain#5”), and others are gentle and lyrical (“Solo#5,” which is not, in fact, a solo) and even whimsical (“Birds”). The guitarist prefers a clean (or, as the liner notes put it, “laser-accurate”) tone and is equally effective when soloing and accompanying.

The trio tracks are clustered in the first half of Mountains and the larger ensemble tracks in the second half. With Alves and Cabaud, Subatin develops complex, fluid melody lines often built on arpeggios, and he also gives the three contributors to the larger group ample space to elaborate on his melodies and harmonies. The centerpiece of the group tracks, and of the recording as a whole, is the ten-minute “Mountain#6.” Commencing with a pulsing guitar figure and gentle blowing by Mortágua, the track evolves as the other instruments join in, drop out, and rejoin, with a fine unaccompanied solo by Cabaud around the midpoint and everything leading back to the opening theme in the last half-minute. 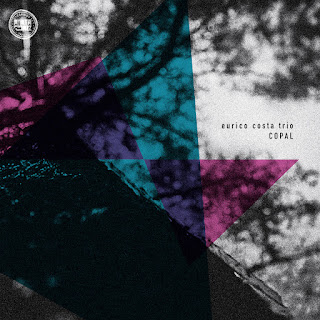 The debut by the Eurico Costa Trio, consisting of Marcos Cavaleiro on drums alongside the guitarist and Cabaud, is a fairly straightforward modern jazz guitar record. Costa is a member of several of the groups associated with the Porta-Jazz collective, but this seems to be his first release as a leader under his own name. His playing here is deliberate and measured, only occasionally leading to fiery crescendos (as it does on “corpo:morada”). Costa draws forth the notes deliberately, at times almost hesitantly, as if giving intense thought to each (e.g., “o bosque,” which also includes a fine solo by Cabaud). His tone relies on a touch of distortion and various effects that contribute to the somewhat brooding atmosphere developed and maintained across Copal. Most of the tracks unfold at a measured pace and average around five or six minutes. The arrangements are uncluttered, a good example being the concise title track, on which Costa methodically develops a melody line over shimmering cymbals and rumbling bass.

Cavaleiro and Cabaud on Copal once more show themselves to be one of the great rhythm sections in contemporary jazz, having cemented their chemistry playing together on what must by now be a dozen or more recordings, and their sympathetic accompaniment fills out Costa’s compositions. On “o arauto,” for instance, the bassist gets things started and then Cavaleiro provides increasingly dense washes of cymbals and quick fills that reach an almost dizzying spiral of sound until bass and drums fade and Costa closes things out. “thanks, Calvin” is driven by some arco bass and martial drum rolls with a satisfying shift near the midpoint.

Hopefully, these two recordings, distinct in sound and mood, will eventually come to the notice of the wide range of listeners who would appreciate them. Both blend improvisation and composition and draw on the tradition of guitar-oriented jazz with occasional nods to progressive rock and fusion. There are echoes on Mountains and Copal, direct or indirect, of jazz guitarists from Grant Green to Pat Metheny to Marc Ducret and many points in between, but Subatin and Costa map out their own territories, which are well worth visiting.