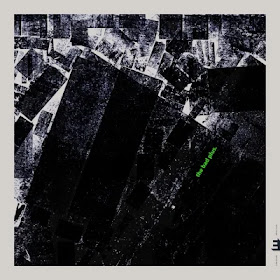 Twenty-one years after their landmark debut as a genre-exploding piano-bass-drums trio, the Bad Plus have reinvented themselves with the addition of guitarist Ben Monder and saxophonist Chris Speed. The Bad Plus sees the group continuing to challenge convention and push their unique jazz toward boundary-breaking directions. The band is undertaking a tour, taking in North America, Indonesia, the UK, and Europe.

Though the lineup may have changed, The Bad Plus remains unique in delivery and sound, and the group's unique musical language and undeniable drive and intent remain.

Now the lineup has no pianist, which makes for a different sound. However, new additions Monder and Speed come with a wealth of experience. Monder is known for his work as leader and sideman with David Bowie (Blackstar), Theo Bleckmann, Guillermo Klein, and Paul Motian, to name but a few–and saxophonist Chris Speed, an award-winning leader/co-leader of numerous modern ensembles and long time musical running buddy of both King and Anderson.

Intense rehearsals in the summer of 2021 saw the quartet poring over compositions by Anderson and King, emerging with a singular group sound that retains all of The Bad Plus's vaunted adventurousness while simultaneously setting them on a new pathway of genre-agonistic musical exploration. Working with engineer Brett Bullion, the band has fully maximized the sonic and dynamic possibilities of the new lineup, showcasing the virtuosity and musicality of Speed and Monder while maintaining their trademark pursuit of relentless invention and excellence, blazing with the very same attitude that has defined the group for over two decades.

'Motivations' is a beautiful track with the tenor sax and bass in counterpointed harmony while the steady keys and drums develop a supportive backdrop. The percussion is outstanding. There is immediately in this track a sense of maturity, settlement, and comfort. The unhurried essence of the melodies alongside the occasional changes is somehow reassuring.

'Sun Wall' is delightfully bonkers. In a controlled manner, the musicians develop rhythms around a central seven-spot uneven rhythm pattern, which works devilment with the listening brain in a wonderful way. The guitar is allowed free rein, which it seems to delight in, and the bass line is interesting, so a lot is going on in this track.

'Not Even Close to Far Off' is powerful, darker than the previous track, concentrating on the lower notes in the bass line, contrasting with the tenor line, and permeating the track with intensity. Speed then does a little unleashing of his own as he powers down a truly mesmeric solo over the top. A great number with a lovely change of feel around the four-minute mark - be prepared.

'You Won't See Me Before I come Back' is lyrical, melodic, and features an almost tender guitar solo section, while 'Sick Fire' pulls out the stops and is a foray into free playing. The sax is delirious over drums that sway and lean into the tempo, slowing it, pushing it on, and the number feels like a collective exploration. The verging on the manic soloing of Speed is grin-making material.

'Stygian Pools' contrasts with that which has gone before and is a well-developed, progressively deeper layer number with changing tempos, rhythms, and interactive reflections from sax, guitar, and percussion. Once again, Speed picks up the free potential, and his sax wails itself into other realms at times, while the rest of the band feels decidedly grounded, and Speed returns to melodic formats by the finish.

'The Bright Future' is ethereal, atmospheric, and tempered throughout by the percussive effects, from shimmering cymbals to dynamic powered threads. This is the track on the album where the cohesiveness of the quartet is strongest, each musician intensely picking up cues, developing lines and working harmonics to cerate something extraordinary, worthy of the class of musican here. The sax picks lines to develop and takes them up and away, while the centering bass and percussion allow spaces into which the guitar works.

'The Dandy' closes out the album and is almost minimalistic at the outset, with simple lines and short phrases interwoven to create a belying complexity. However, the track develops as layers are added; each musician gives an ingredient until the fullness of the track can be heard.

This album is engaging and pulls the listener in, but it has a tentativeness throughout it, which I could not shake off. At times, there is a true sense of collectiveness, while at others, there is a sense of still gelling, working out who is going where, and that intrinsic intuition that makes a natural blend was not there in spades. However, given the class of musicians here and the fact we are emerging from a pandemic situation s they have not played often together, it will be interesting and potentially incredible when the intuitiveness kicks in, and the true blending happens. The Bad Plus has a different sound than they did in 2019 ( check out the impressive Boffadem live studio session of that time), but they are getting used to a different format - so it is quite right they are re-setting The Bad Plus are back.