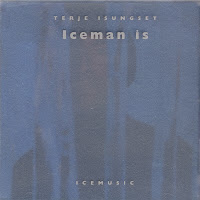 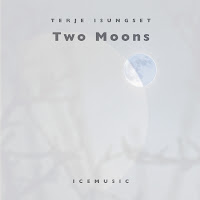 The "Isglem" recent review made me look for more information on Terje Isungset. He seems to have carved out his special niche in world music history by being specialised in playing instruments made of ice, not only percussive instruments, but also trumpets! Because it is to special, I can only recommend you have a look at this Norwegian's blog to grasp the full extent of his instruments and performances. But back to his music now. It is interesting to say the least. It is not really jazz, but rather a bizarre kind of accessible avant-garde, with folk, electronic and jazz elements. "Iceman Is", was the first of the ice instruments series, with Isungset on percussion, Iro Haarla on ice harp, Arve Henriksen on ice trumpet. Other instruments have been added later, with Lena Willemark on vocals, Palle Mikkelborg on trumpet, and Icelanders Hilmar Jensson and Skuli Sverrison on electronics. This album from 2001, recorded in the famous Ice Hotel in Sweden, has now been re-issued.
The second album in the series, "Igloo", has a more folk approach, with Sidsel Endresen's beautiful singing over Isungset's bizarre percussion, and is also recommended listening.

The third album was released earlier this year, with Isungset on ice-percussion, ice-horn and voice, and with Per Jørgensen on ice trumpet and vocals. Especially the vocal part gets a more prominent role, sounding like shamanic incantations. The overall sound is one of desolation, loneliness, and it's not hard to visualize white landscapes or month-long darkness. But again, a thrilling listening experience.

Very interesting! Maybe we should invite them to our own Hôtel de Glace in Québec?

Would you object if I put the video up (the YouTube only, not the records) on Jazz Frisson with a link back to Free Jazz?

No problem (I do not own YouTube - yet), so please be my guest.