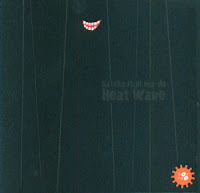 Another quartet with Satoko Fujii, now called "Ma-Do", and she is accompanied by her husband Natsuki Tamura on trumpet, Norikatsu Koreyasu on bass and Akira Horikoshi on drums. Despite her regular changes in bands and line-ups, her music is usually easy to identify : structured, rhythmically challenging, thundering, powerful, wild and sensitive with even a touch of sentimentality and aesthetic beauty. And it's no different on this CD : the approach is total, not only as a broad synthesis of jazz (and modern classical and Japanese folk music), but also as a venture into new territory, with lots of extended techniques, pushing the envelope while keeping a clear focus and coherence in the playing. It's also total because it's cerebral in its structure and concept, emotional in its delivery, evocative in its almost visual imagery, brilliant in its execution, free in its evolution and interplay, compelling because of its variety and intensity, physical in the performance ... but also for the effect it has on this guy. Just listen to the two consecutive tracks of "Mosaic" and "Ring A Bell". Both start with bass, the first plucked, the second arco. The first track moves into adventurous territory, with Fujii playing her piano strings directly, with Tamura screeching in his trumpet, when the quartet suddenly moves into a highly rhythmic, almost fusion-like unison theme, setting the basis for further improvisation. "Ring A Bell" starts with Tamura playing solo trumpet, sounding almost klezmer in scale and melancholy, making his instrument wail and weep with pain and agony, wonderfully supported by the arco bass, moving into rhythmic down tempo world jazz, with the trumpet deepening the emotional expressivity into some hair-raising moments. "Tornado" by contrast is wild as its title suggests, with crashing piano, shouting trumpet, moving into a percussion-driven part with the piano taking the lead, full of drama and menacing sounds, ... and then it changes again and again ... impossible to describe, as on "The Squall In The Sahara", the track starts in an incredibly accessible soft and sentimental way, but gradually moves into highly rhythmic, almost raw and pounding, thundering music, building up to a crescendo, including the almost circus-like percussive tension-builder, back to theme, slowing down for the bass solo, ending again in full sentimentality and beautiful theme. But whatever it is that you hear on the album, it is intense, clever and full of passion. As said earlier, Fujii is something else and her music, regardless of the line-up, is not to be missed.

I just recently picked this one up. Going back and buying the 5 star reviewed albums I missed is turning out to be a great way to expand my collection. This is easily as good as claimed, and I'm giving it lots of play. I love the wild changes in tempo and mood that always seem completely logical somehow. The playing is stellar.

It's also genuinely unique. I can't think of anyone else it reminds e of.