On the nature of musical substance

In totally different styles, both Henriksen and Brötzmann have just released albums which, to my taste, are almost substance-less. I spent my money on it. So this is a warning to those of you who happen to share the same tastes. The question is then : what is musical substance? It is not a question of rhythm or melody. You can play wonderful music without rhythm or melody. There is also plenty of music with rhythm and melody that lack substance. So what is musical substance? I think that you need the delight to hear something solid. Something with a story to tell, one that you haven't heard before, one that is not boring. A story with a clear focus, that goes somewhere, that contains true emotions, and a plot-like evolution. Something that's been thought about, even if improvised, something that's been worked on, even during rehearsals. Something that is not there to please or shock the listener, but something that the musicians want to convey, something they're eager to tell, to share, whether it's agony, pain or joy and happiness, but it has to sound true, it has to have emotional depth, and preferably also some musical inventiveness by using new forms to accentuate that story's message. Something refreshing, which forces you to hear things differently, which opens new realms of music, that surprises you, that baffles you. Something that you must be able to set your teeth in. 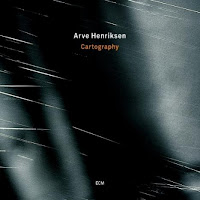 Henriksen is known for his specific electronic aesthetic, and with Jan Bang and Ståle Storløkken he has worked before, but then with great result. The music had substance, it had a story to tell. There was creativity and adventure. Yet I did prefer his work with DAA, which was more jazzy. Anyway, on this album, he moves totally into the realm of musical jelly. The music is as sweet as you can imagine, with even poetry recited on two tracks, and with a dubbed choir of medieval singing. This music moves Henriksen away from adventure into "the kingdom of kitsch" with a capital K, a kingdom with an increasing population density, and which Henriksen is welcomed by other trumpeters Erik Truffaz, and in their bad moments Matthias Eick and Markus Stockhausen. This is mellow, shallow, commercial music. A crowd pleaser ... 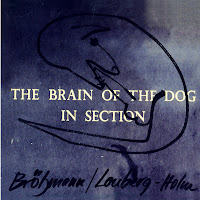 On the other opposite of the musical spectrum is this album by Brötzmann and Lonberg-Holm, inaccessible and as far removed from Henriksen's endeavor as can be, if it were not for a striking similarity in lack of substance. Brötzmann attacks the first piece in full force, as you might expect, in total disregard for the sounds of Lonberg-Holm. Halfway the first track, they find each other, but not for long. The second track is a second long piece of blowing and whining. There is no jelly here, it's an empty fragmented nutshell you're trying to crack between your teeth, hoping to get to the nut, yet there's nothing inside. Creativity and inventiveness are hard to find, and many were the moments when I was wondering whether these musicians were playing together because they wanted to or whether someone had forced them to (at gunpoint!).

Oh shit, and I liked this one from Henriksen too! Must be my love for jelly, and my Norwegian upbringing I guess. The poetry, well I might agree with you there. Guess I better get that Brötzman album too :-)

Well, tastes are tastes, and very subjective. Enjoy the record!

I am loving the Henriksen album and can even cope with the poetry. It is revealing more on each listen.

I just listened to some Henriksen and must say I got stuck on it. But those relationships never last long... ;)
I'm looking for older stuff right now.

really disappointed with the Henriken recording, after last year's gem on Rune Grammofon. it's barely got anything personal, as "Strjon" was such an intimate work. Crowd pleaser is what it may be, but I'm curious about his next step.

I kind of liked the Brotzmann album, but I do see your points, Stef.

You're definitely right about improv music having a story to tell; certainly the most successful track is the second one, the longest, with its long, quieter (but still aggressive) middle section. But the other two tracks, fast blowouts, have less of an interaction and less of a plotline. I do wonder, sometimes, if the players truly keep track of each other during these very intense kinds of sessions.

The short third track was interesting to me because it had a different feel to it, a kind of bitter "tone" that seemed apart from normal blowout-sax improv. Maybe it was just the moment, though; don't know if it'll be there on successive listenings.