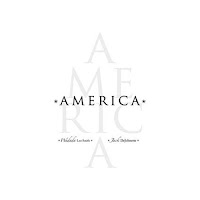 Wadada Leo Smith is without a doubt one of the best jazz trumpeters of the moment, and Jack DeJohnette is without a doubt the best jazz drummer of the last decades. These two top artists approached ECM with their project for a trumpet and drums duo album in 1979, but it never materialized then, despite both musicians', and especially DeJohnette's, ample releases on the German label. Now, thirty years later, the project is there, and what a shame we did not get this earlier, and what a joy to hear it now. If anything, Tzadik should be remembered for its efforts to give Wadada Leo Smith the voice and attention he deserves (including for the re-release of all his earlier work).

I like the concept per se (and see my incomplete list of trumpet-drums duets), because of the clear sound of the trumpet in combination with the rattling percussion. It has something basic, fundamental, essential that a piano-drums duet cannot bring, nor a sax-drums duet. It is pristine. Don Cherry and Ed Blackwell gave the first example of its power on the highly recommendable "Mu" in 1969. This album is not comparable, primarily because Cherry and Blackwell had totally different personalities. The joy of life, the childlike surprise of integrating new world music concepts in their jazz, the fun of interacting and playing music were essential for them. Smith and DeJohnette are not like that at all, and nor is their music. Both are serious types. Technical professionals of a very high level, enjoying the complexities and possibilities of their skills, and like Cherry and Blackwell they are very much into the spiritual side of their music, but then without a smile, more austere, but not less rewarding for the listener. It's like comparing the austere Bach with the more playful Mozart.

This is not Smith's first approach of the concept, and his two other releases "Compassion", with Adam Rudolph and "Wisdom In Time" with Günter Baby Sommer, both got a 5-star quotation from your humble servant. And well, this one too. It's hard to compare the three even if the limited line-up is the same, Smith's approach to the music is totally different. While "America" still has some of the more spiritual and meditative elements of the former CDs, it is expansive first and foremost, more accessible, more exuberant, more rhythmic, and that is to a large extent DeJohnette's doing. And the drummer is brilliant. Inventive, original, hard-driving, subtle, thundering, refined, silent, playing up a storm. The breadth of his ideas and the perfection in the execution are as usual astonishing. And he clearly likes the freedom he gets here, just like on his duo album with John Surman some years ago. And Wadada Leo Smith also opens all the registers of his skills: from bell-clear tones to murmurs and wails, rhythmic phrases or slow contemplative introvert tones. And then of course there is the interaction : the total is much greater than the sum of its parts. Great musicians, great interplay, great ideas, great expressivity, great creativity. Deep and panoramic.

An absolute "must have" for anyone interested in music. Full stop.