I am not a real fan of modern piano albums. It's hard to explain why. I prefer the more expressive power of horns. I often find piano music too cerebral and scholarly, with too much focus on the compositional and improvisational skills rather than on the musical experience of the listener. Or maybe it has to do with the aristocratic descent of the instrument, even today, as reviewed below.

The interaction with other pianists changes this prejudice slightly, possibly because of the interaction and the contrast the two instruments offer. Here are three new piano duet albums that are worth listening to for the fans of the genre. 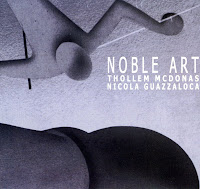 Thollem Mcdonas plays the piano on the left, and Nicola Guazzaloca the piano on the right, with the title making reference to the noble art of boxing, the rules of which were laid down by the Marquess of Queensberry. The metaphor works for some pieces, on which power, skills, suppleness and rapid-speed reaction meet elegance and mutual respect, but it does not match the quieter moments, which are more like a slow dance, with the musicians circling around each other, touching once in a while, but with grace and even tenderness. And of course, the whole idea of improvising together is not to win, but to engage in great interaction, of which you get plenty here. 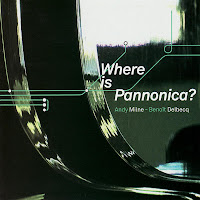 For those who don't know, Pannonica was Baroness Pannonica "Nica" de Koenigswarter, one of the leading jazz philantropists, supporting musicians such as Charlie Parker and Thelonious Monk, and also a composition by the latter in her tribute. The Canadian and the French pianist are versatile in the most traditional environments, but their natural biotope is this creative modernism, with reminiscences to classical, but also inherently bluesy. Just listen to the playfulness of "Divide Comedy" as a reference, or "Water's Edge", with its fine African rhythms. Their style is rather minimalistic, almost pointillist at times, rather looking for the right note than for the long or powerful phrasing. Their use of extended techniques gives this great album some additional flavor. 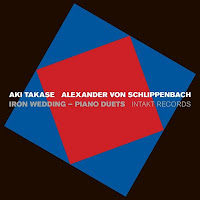 The Japanese and German pianist (a count by aristocratic heritage!) interact equally strong, no wonder since they've played often together and also married. Their improvisations are short and compact most of the time, with no less than 17 tracks on the album. This compactness also increases the need for a direct interaction, an immediacy of delivering the story rather than expanding on it. The music is more cerebral than the other albums mentioned above, with lots of attention to the formal interchange of ideas. You can call this jazz, or free improvisation, or modern classical, or new music. This is music beyond categories. Enjoy!