The trombone is a tough instrument to put in a leading role, and the small ensembles that feature a trombone are hence limited, but thanks to the relentless creativity of modern music, anything is possible, in any combination, with any kind of intent. Here is a list of interesting new albums in random order. 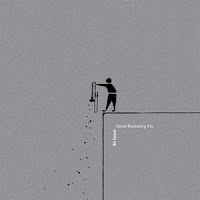 This adventurous new Lithuanian label presents us with what I think is the debut album of trombonist Daniel Blacksberg as a leader, accompanied by Jon Barrios on bass and Mike Szekely on drums. His approach is cautious, free and precise, in the sense that he does go beyond the beaten path, offering new possibilities for the instrument but without going into the wilder areas that George Lewis is known for. The end result is highly listenable avant jazz, with slow and bluesy inflections, using the instrument's inherent capabilities for sadness. Promising! 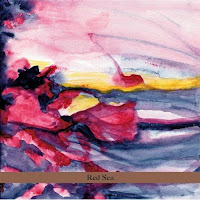 Bass trombonist David Taylor has this incredible resumé which includes amongst others the New York Philharmonic, playing with Ellington, the Rolling Stones, Blood, Sweat & Tears and even appearing on the Muppett Show with Gil Evans, but also releasing albums under his own name in more modern settings. With that background, you may expect anything, and whether it's a good thing that Tzadik offered him the chance to release this album will remain a question of debate.

Taylor himself plays tenor trombone, and a wide variety of regular or custom-made trombones. Franz Hackl plas trumpets, Adam Holzman surdo, bass drum, piano; Scott Robinson a wild variety of reeds, such as contrabass clarinet, tenor rothopone and many more, and Warren Smith has this gigantic list of rhythm instruments to have fun with : giant Chinese barrel drum, bass marimba, and many more. From the list and the label, you already get the gist that this music is to be played in the lower registers, full of klezmer scales in the best Radical Jewish Series tradition, and indeed, you are right. The album is inspired by "the music of the legendary Cantor Pierre Pinchik, ... evoking the ecstasy of cantorial fervor".

If the music did not open such interesting new musical visions at moments, I would not even mention it. Taylor creates great, reverent and intense soundscapes at times, with the solemnity and Weltschmerz you may expect, although often too pompous and heavy-footed. He throws in every style he has ever played in, from the New York Philharmonic over Blood, Sweat & Tears to the Muppetts, and luckily some creative modern music moments. Great instrumental skills do not necessarily make great composers. 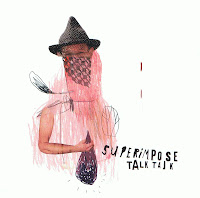 This is German trombonist Matthias Müller's seventh release, and his second with Christian Marien on drums. Together they bring you deep into free improv territory, full of short and very intense interactions, exploring sounds, timbres, shades and colors, perspectives and musical depth, bouncing of notes and rhythms, extracted from context, abstracted from meaning. No doubt the least accessible album on this list, but not necessarily the less rewarding. Müller squeezes more sounds out of his trombone than most trombonists even conceive is possible, but to his credit he uses this skill not as an objective but as a means to create music. New music, taking risks, and in Marien he clearly found a great sparring partner. 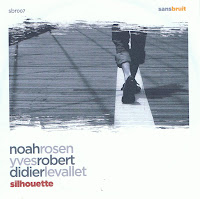 French trombonist Yves Robert is without a doubt one of the masters of the instrument, confident, rich, and incredibly versatile. His album "On Touch" on ECM is easy to recommend. Here he teams up with Noah Rosen on piano and Didier Levallet on bass, for a very intense musical dialogue and confrontation, recorded at the wonderful Château Vilain XIIII (sic!) in Belgium. The three musicians explore, respond, push forward, change courses, open new vistas, and often all within one piece, changing from powerful intensity to slow and prudent testing of new common grounds. Rosen's piano sets the tone, the rhythm and the music's overall fluidity, adding complexities to abstractions, and it is without a doubt the most lyrical album of the list, yet also one of the richest, most mature and most playful. A real trio achievement.