A retrospective view on the musicians that will make me remember 2008. 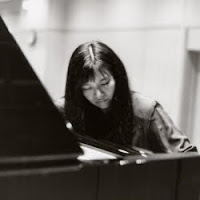 The Japanese pianist is not only a prolific producer of new material, her range and sense of adventure is equally broad and deep. A person who understands the true power of music, and who keeps looking to make even more powerful statements, looking in new forms, line-ups, traditions, trying to even surprise herself with the outcome of it. Despite her very unrelenting search, she is also sufficiently open to the ideas of other musicians, as with Larry Ochs or Carla Kilhstedt for instance, two musicians who would at first sight not appear to be her typically expected band mates. 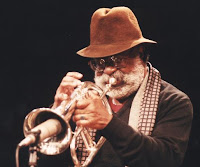 The trumpeter has always had an approach that kept him out of the spotlight, yet continuing to release new material, very stubbornly and very visionary, bringing jazz deep into avant-garde territory where every name of genre becomes a redundancy. This year, 2008, 83 years old, he still release two albums of high musical significance. The first with the Exploding Star Orchestra, the second his own "17 Musicians In Search Of A Sound : Darfur".... still creating things and listening experiences that no one has heard before. An amazing feat. 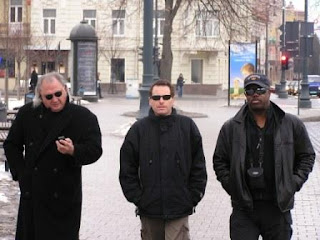 Believe it or not, there was a time when I could not listen to Trio X. That was in my "melodic" period. If I flipped through the CDs in record stores, I jumped right to the next band or musician. Today, I have their entire collection. In 2008, they released Live In Vilnius and the 10 CD box of their US Tour 2006. McPhee, Duval and Rosen keep doing what they're doing well. That is : perform. Sure, many of their songs are the same. The performances are never. There's also a nice DVD that gives a part of the Vilnius performance. Hours and hours of musical joy they gave me this year. I thank them for that.