Norwegian saxophonist Frode Gjerstad is a fierce and prolific musician, who moves more and more into free improv territory with his small bands, getting away from the more jazz oriented approach he had some years ago. This results in blistering high energy music, with lots of unexpected turns. His own style has moved up tonally, with lots of little high notes often coming out organically, like agitated birds whistling, sometimes out of fear, sometimes out of joy, with a difference that is often hard to tell. 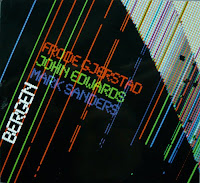 On this album, recorded in Bergen, Norway, last year, he is joined by John Edwards on bass and Mark Sanders on drums. As you can expect, the music is fierce with unexpected evolutions, very much in-the-moment blowing, bowing and hitting, yet quite expressive and focused, varying quite well between powerplay and more subdued dialogues. Raw and real, full of depth and intensity. 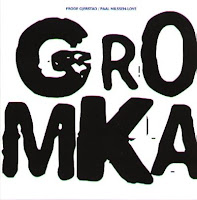 This duo recording with fellow-countryman and drummer Paal Nilssen-Love, was recorded a year ago at Klub Gromka in Ljubljana, Slovenia. Both musicians had already toured before this performance and that can be heard. the interaction is quite fun to listen to, rapid, telepathic even at moments, which is even clearer in an environment where everything is left to in-the-moment decisions. Gjerstad does fall back quite a lot on the higher registers, making music like excited birds in the trees, as said before. As Gjerstad describes it himself on his blog, about this performance : "Since we last played as a duo which was in August last year in the US where we played 13 gigs, I think the music has become more focused and freer. I have to admit that I think this has to do with the fact that I have been practising a bit more than before and therefor feel more relaxed when playing….".