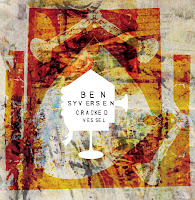 If anything, this album made me listen back to Dave Douglas and his Tiny Bell Trio with Brad Shepik and Jim Black. Not only is the line-up the same, with Ben Syversen on trumpet, Xander Naylor on guitar, and Jeremy Gustin on drums, and true, all three need some more practice to reach the technical excellence of the Tiny Bell Trio, but their approach to music is comparable : raw, rock and world music influenced, adventurous and melodious at the same time.

The greatest thing is their unbridled enthusiasm for their music, combined with a strong discipline in making it work in a natural and controlled fashion.They keep up the great music throughout the album, from the very first notes of "Frontman", with trumpet intro, then muted electric guitar strings, gradually getting their raw voice, with great counter-rhythmic drumming, going against the grain in the best of fashions with Syversen clear playing gradually fading out. Yet they can also be jubilant as on "Weird Science", sufficiently powerful to start a spontaneous little dance on the spot.

But it's not all rock 'n' roll and funk, with "Bad Idea" they show their more melancholy side, somewhat reminiscent of Eastern European music, and almost organically they make the piece evolve into more grunge-like sounds, but without really losing the piece's real nature. "Krazzle" is more fanfare and funk at the same time, again a rhythmic delight built around a compelling theme, with lots of room for quite adventurous improvisations. "Apparition" is totally "out there", as its title suggests, in the eery spheres of exploratory  soundscapes.

This album is wildly entertaining, creative at the same time, and the guy's have something to tell. A band to watch. And to enjoy.


Watch the band on Youtube, but with another guitar player